Woman in the Executive Authority 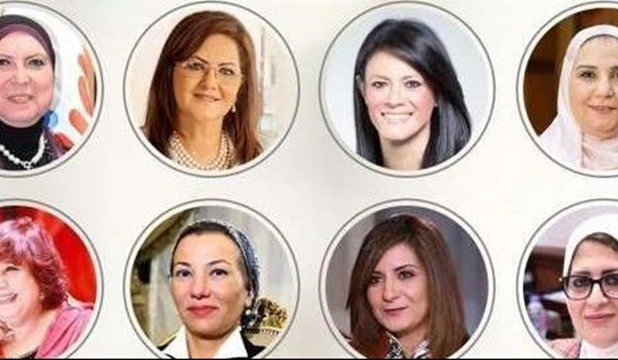 The Egyptian woman joined the government as a minister since the beginning of the sixties of the last century, when Mrs. Hikmat Abu Zeid assumed the Ministry of Social Affairs in September 1962, and since that date the Egyptian government always have ministerial portfolios held by women.

The percentage of women appointed to the position of deputy minister was about 16.7%. Female participation in senior management positions:

In 2007, females held about 12.8% of the jobs of the excellent degree, about 17.8% of the high-level jobs, and 15 % of general managers. The year 2008 witnessed the following percentages of women’s representation in senior management positions:

The Central Agency for Public Mobilization and Statistics (CAPMAS) issued a statement stating that more than two-thirds of the occupants of senior management positions in the government sector are females, reaching 36.5% in 2011/2012. The statement indicated that the contribution of women in the labor force reached 22.5%.

During the years 2014-2017, a societal energy was generated that contributed to the realization of what women aspire to, so they have a prominent position and possessed an undeniable influence, through which they penetrated the most difficult fields that men acquired and were monopolized by them. Egyptian women have proven their ability to ascend leadership positions.

Dr. Hala Al-Saeed, Minister of Planning and Economic Development said that Egypt's successes in empowering women in the past few years included: increasing the percentage of women in government jobs, as Egyptian women occupy 45% of all government jobs (compared to the global average of 32%), The percentage of women’s participation in boards of directors in general has also increased from 9.7% in 2017 to 10.2% in 2018, and although this percentage is still less than aspirations and capabilities, it is an indication of the development of women’s representation in this field, and the percentage of women’s representation on boards of directors has reached in Banks 12% in 2019 compared to about 10% in 2018.

President Abdel Fattah El-Sisi believes in the importance of the role of women in political life and their ability to accomplish what is assigned to them. The ministerial formation included eight ministerial goes for women, equivalent to 25% of the total ministers, which is the highest percentage since the Empowerment of Egyptian Women.

On January 23, 2019, Dr. Hala Al-Saeed, Minister of Planning and Economic Development, inaugurated the Executive Leadership Program for Women, which is intended for women leaders in the state’s administrative apparatus, within the framework of the commitment to empowering women and emphasizing their vital role in the development of society.In her speech during the inauguration, she confirmed that this program is organized by the National Institute of Administration and in cooperation with the American University of Missouri and the United Nations Women Programme, adding that the program is one of the most important programs in the framework of developing the system of the state’s administrative apparatus, as the training program combines between practical education in lectures and the research aspect.

Dr. Hala Al-Saeed added that the program also comes within the framework of Egypt's Vision 2030, where the axis of women and youth intersects with all the aspects of the sustainable development strategy, since they represent the basis of development, stressing that Egypt today has an ambitious plan to modernize the state's administrative apparatus, and the human element represents the main component of that the plan.

Al-Saeed also clarified that 43% of the employees of the state’s administrative apparatus are women, but the percentage of leadership positions held by women in the administrative apparatus ranges from 27 to 28%, stressing that we aspire to increase this percentage, explaining that women are half of society, noting that a set of training programs are offered in which women participate, such as the National Program 2030 for Senior Leaders, as well as the Rowad Program 2030 at the level of schools and universities, and an MBA at ESLSCA University for Middle Leaders, referring to the Presidential Program for Qualifying Youth for Leadership.

The National Institute of Administration, the training arm of the Ministry of Planning and Economic Development, began implementing the tests of the Qualification Program for Women Leaders in the State Administrative Apparatus, from January 10-13, 2019 within the framework of the commitment to empowering women, emphasizing their rights and their vital role in community development.

Dr. Hala Al-Saeed, Minister of Planning and Economic Development, and Chairman of the Board of Trustees of the National Institute of Administration said that the program comes within the framework of the political leadership’s interest in Egyptian women, pointing to the launch of the National Strategy for the Empowerment of Egyptian Women in March 2017, at the initiative of President Abdel Fattah El-Sisi, declaring 2017 as a year of the Egyptian women.

Dr. Sharifa Sharif, Executive Director of the National Institute of Administration, said that the program prepares women for leadership positions, which may include positions on the boards of directors of public business sector companies, positions of assistant ministers, and more.

She pointed out that this proposal must be supported by a legislative framework that limits discrimination in appointments and promotion to leadership positions in all units of the state's administrative apparatus.

In October 2018, the Ministry of Planning addressed all ministries and government bodies to nominate women leaders in those bodies to join the program, as part of preparing women to assume their leadership responsibilities in political life, in the state’s administrative apparatus.