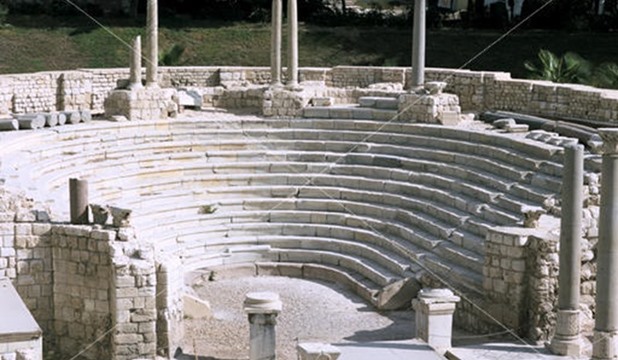 In 30 BC, Egypt was conquered by the Romans and was therefore rendered merely a province in their empire. However, due to its unique geographical position, the fertility of her land and cultural and urban development, Egypt was regarded as the most precious property of the Roman Empire.

During this period, agriculture and industry, particularly, glass manufacturing, flourished in Egypt. Egypt was especially known for the creation of the art of glass blowing and monopoly of paper manufacturing as well as perfume, cosmetics and fine linen fabrics.

The Egyptian capital, Alexandria, was particularly the largest trading and industrial centre in the east Mediterranean and the second city of the Roman Empire.


g for scholars from all parts of the world, during the Roman era in Egypt.