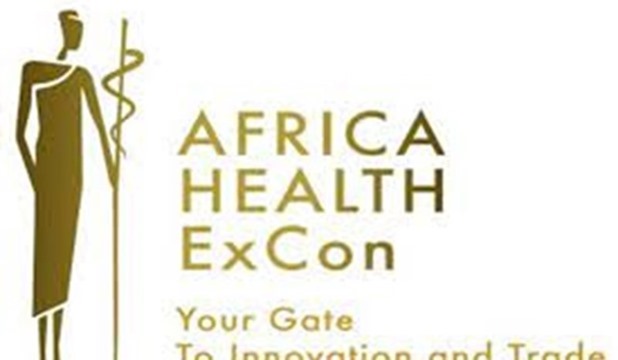 Under the auspices of President Abdel Fattah El Sisi the 1st “Africa Health ExCon”, the biggest medical exhibition and conference on the continent, is held at Al Manara International Conference Center in New Cairo during the period June 5-7, with the participation of 400 members of healthcare chamber members alongside a number of international and national companies operating in the medical sector, topped by the Egyptian Authority for Unified Procurement, Medical Supply and Technology Management (AUPP) and the Arab Hospitals Federation.

The 1st “Africa Health Excon”, which is held under the theme: "Your Gate to Innovation and Trade" constitutes a pivotal hub for trade and investment in Africa, in addition to being the biggest sustainable platform in the health sphere, enabling participants exchange views, expertise and work out solutions for health problems facing the health sector across Africa.


President Abdel Fattah El Sisi witnessed on Sunday 5/06/2022 the inauguration of the 1st “Africa Health ExCon” at Al Manara International Conference Center in New Cairo, in the presence of Prime Minister Moustafa Madbouly, Minister of Higher Education and Scientific Research and acting Health Minister and Population Dr. Khaled Abdel Ghaffar, along with a number of ministers and senior statesmen.

During the inauguration of the 1st Africa Health ExCon “Africa Health ExCon”, President of the Egyptian Authority for Unified Procurement, Medical Supply and Technology Management (AUPP) Major General Baha el-Dine Zaidan delivered a speech highlighting the importance of the gathering as a platform for African countries to exchange expertise and coordinate with global companies to find solutions for the continent's health problems.

Following the speech, a documentary entitled: “Future of Health in Africa”, was screened, shedding light on the health sector in Africa, along with major challenges besetting the continent.

According to the documentary, despite tangible economic growth some African countries have achieved, they are still facing obstacles hindering the aspired healthcare services and incorporating suitable healthcare systems for citizens.

The film displayed that growing overpopulation in Africa is a daunting challenge for the continent in ameliorating healthcare services, especially that the continent's population is expected to double by the year 2050.

Many challenges facing the African continent

Higher Education Minister and acting Health Minister Khaled Abdel Ghaffar said, in his speech during the inauguration of the 1st Africa Health ExCon “Africa Health ExCon” that the many challenges facing the African continent do influence health services offered to citizens.

Abdel Ghaffar asserted that Overpopulation, poverty, conflicts, lack of political stability and education are the main challenges facing the continent at the time being.

He added that those who believe that health services are limited to hospitals and health staff are mistaken because it is an integrated mechanism involving education, roads, investment and political and economic stability.

Abdel Ghaffar, also, noted that 76 percent of Africans live under the poverty line, earning less than 2 dollars per day, highlighting that 490 million Africans out of 300 billion are in acute poverty.

He warned that overpopulation is a main obstacle to development plans as well as poverty which is worse than any disease or virus.

Abdel Ghaffar said only two percent of drugs are produced in Africa while more than 98 percent are imported from abroad.

He pointed out that Egypt tried over the past seven years to find unconventional solutions to the health mechanism and took steps to draft a strategy to develop it.

Abdel Ghaffar said that there is no governorate in Egypt that did not see infrastructure projects in the health sector, adding that more than 55 billion pounds were allocated to implement these projects over the past few years.

A dialogue session was held on Sunday 5/06/2022 under the theme of "towards flexible and sustainable health systems in Africa".

The session was held within the framework of the 1st Africa Health ExCon which is attended by President Abdel Fattah El Sisi.

A number of specialized experts in the fields of health and pharmaceuticals took part in the session moderated by Higher Education Minister and acting Health Minister Khaled Abdel Ghaffar.

He added that Africa needs support in order to have trained experts and deal with conditions that affect its people, especially with regard to water-borne diseases.

He underlined the importance of benefiting from Egypt's experience and how it managed to deal with waterborne diseases.

He stressed that Africa should realize self-sufficiency in all things, especially in the medical domain, urging Africa to manufacture medicines and vaccines.

He said Zimbabwe seeks to have commercial partnerships with Egypt in pharmaceutical domains in order to confront the challenges besetting Africa.

Professor Harvey James Alter- an American Nobel Prize laureate, who is best known for his work that led to the discovery of the hepatitis C virus, said Egypt has to be proud of its great achievement in combating hepatitis C virus.

He said comprehensive work - starting from the political leadership, the health mechanism in Egypt and medicine factories - was behind this great achievement.

He added that despite the outstanding American financial potentials, it did not launch a campaign against hepatitis C virus.

He said that Egypt's experience in the domain will be transferred to other countries.

She added that the social and economic conditions were also affected, referring to inequality among people.

She said the conference is meant to ensure sustainability of health services, noting that no country can achieve this alone.

She added that there is a need for balancing efforts and resources of African states, stressing that people cannot live in security without taking care of these resources.

She stressed the importance of exerting more efforts to secure health services and boost the immunity of all people.

She urged countries to accelerate economic growth after the coronavirus pandemic and ensure sustainability of health systems.

Egypt's Presidential Adviser for Health Affairs Mohamed Awad Tag-Eddin voiced thanks and appreciation to President Abdel Fattah El Sisi for the achievements which Egypt witnessed over the past period in the healthcare domain.

Tag-Eddin said the achievements realized in the healthcare domain are unprecedented in the Egyptian history.

He noted that what happened in Egypt after the coronavirus pandemic and the Russian-Ukrainian crisis proved that Egypt was adopting a righteous thought and steel political resolve.

He added that the health sector is not only an issue of medicine and hospitals, however it is also affected by the issues of wheat plantation as well as upgrading the infrastructure of roads and electricity.

Tag-Eddin, also, said Egypt is free from malaria, noting that the average of tuberculosis cases in Egypt is 11 in every 100,000 people.

He stressed confidence that President Sisi will work on saving Africa which suffers from diseases and famine.

Dr .Mariângela Simão , WHO Assistant Director-General for Drug Access, Vaccines and Pharmaceuticals, praised the pioneering efforts exerted by Egypt in the manufacturing of vaccines and drugs.

She said that Together with five other African countries, Egypt can transfer vaccine industry technologies to other countries, adding that the coronavirus pandemic showed the need of diversifying health capabilities of countries.

Ahmed Ouma, Deputy Director at the Africa Centers for Disease Control and Prevention (Africa CDC), said the coronavirus pandemic taught us two lessons that whenever there is a big problem worldwide Africa stands alone and that when Africans join hands good things happen.

He said that in 2020, heads of state, including President Abdel Fattah El Sisi, met to discuss ways of fighting the pandemic and it became clear the need to enhance African bodies at continental level,

He underlined the importance of enhancing partnerships between the public and private sectors operating in the health sector.

On his part, Head of the Egyptian Drug Authority Tamer Mohamed Essam said Egypt is among the countries that have excellent reputation in the pharmaceutical industry like China and India, hailing the presidential initiative "100 million healthy lives" that succeeded in treating around 2.2 million people.

He added that presidential directives to localize the manufacture of Hepatitis C drugs in Egypt contributed to reducing the treatment course's price to 50 US dollars per capita.

Essam stated that Egypt consumed 230 million locally-made packages of Hepatitis C drugs during the coronavirus pandemic, noting that the cost of these medicines was EGP 6.7 billion.

He said Egypt managed to export 44 million packages of coronavirus treatment protocol to 77 countries, including 25 African ones, at a total value of USD 114 million.

He added that Egypt has now three production lines for manufacturing antibiotics, which helped the country achieve self-sufficiency for this vital industry by 79% ad secure more than USD 70 million annually.

Essam, also, said Egypt made progress in manufacturing single-dose eye drops, noting that the country has now four of the largest production lines in the Middle East for this pharmaceutical product, by a self-sufficiency rate of 95%.

He asserted that strengthening partnership with the private sector in the pharmaceutical sector contributed to increasing the number of factories in the country to reach 170 and the number of high-quality production lines to hit 700 in 2021-2022.

For his part, Pharmexcil Director General Ravi Bhaskar stressed the importance of coordination between governments and pharmaceutical companies to serve the health system.

Bhaskar said that India now exports medicines worth over USD 50 billion, attributing this success to the Indian government's support for the pharmaceutical sector.

He stated that the Indian government provided incentives for pharmaceutical companies to manufacture a coronavirus vaccine in a short time.

The president said all potentials in Egypt are available for African brethren, pointing out that he highly understands the suffering of any human being whether in Africa or in any world country.

President Sisi said the lack of resources should not be an obstacle impeding the realization of objectives asserting that "It is through will and hope that progress could be realized”, highlighting Egypt's efforts in the early detection of Hepatitis C virus (HCV) and putting an end to the virus in Egypt.

In this respect, Sisi noted that Egypt has launched several initiatives to solve certain problems, including the ‘100 Million Health’ initiative and its sub-goal of the early detection of Hepatitis C virus, which was until recently one the country's biggest public health threats.

The president said that the country's economic resources don't allow offering health care for over 100 million citizens, but these circumstances have never demotivated the country, which sought over the past few years other alternatives.

The president added that the 100 Million Health Initiative was launched in 2018 to screen and eliminate hepatitis and non-communicable diseases, noting that In July 2020, the country announced it was free of Hepatitis C.

The president stated that he directed the acting health minister to reduce the waiting time for patients awaiting state-funded surgeries and critical medical interventions, noting that the country has performed around 1.3 million surgeries at an average cost of EGP 100,000-400,000.

President Sisi explained that the State targets finalizing the Universal Health Insurance System in 10 years instead of 15 years to offer excellent medial services to citizens.

The six-phase healthcare scheme, launched experimentally in 2018 in five governorates, is set to be completed nationwide by 2027, with the second phase kicking off between 2021 and 2023.

The president, also, noted that Africa is a promising market for pharmaceutical companies.

Sisi further voiced Egypt's preparedness to cooperate with African countries in all training and exchanging expertise fields related to the pharmaceutical industry.

Meantime, the president thanked US Scientist Harvey James Alter, who was awarded 2020 Nobel Prize in Physiology or Medicine for discoveries that led to the identification of the Hepatitis C virus.

Sisi, also, welcomed all participants of the 1st Africa Health ExCon, voicing appreciation of efforts exerted to render the gathering a success.