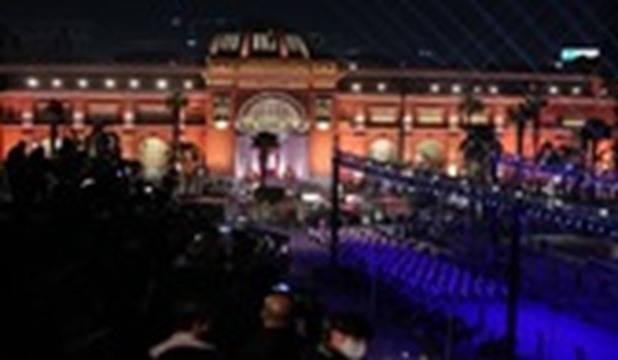 Since President Abdel Fattah El-Sisi assumed office, the state has focused on the tourism sector, which contributes significantly to the national economy. Over the past 8 years, the sector has witnessed an unprecedented boom at various levels:

The Egyptian state has also adopted a strategic vision to enhance Egypt’s leadership as one of the best global tourist destinations.

Egypt advanced 18 places in the tourism and travel competitiveness index from 2015 to 2019.

Tourism succeeded in achieving an average revenue rate of $12.6 billion in 2018-2019, after revenues in 2013-2014 were only more than $5 billion. Which reflected positively on the global impression of Egyptian tourism, which received wide international praise, especially the World Bank, which emphasized that the tourism sector is one of the main drivers of the growth of the Egyptian economy.

The Secretary-General of the World Tourism Organization announced the selection of Egypt to be the first country to visit outside Europe since the Corona virus crisis.

Tripadvisor site – which is the largest travel platform in the world – chooses Alexandria as one of the best popular tourist destinations in the world, where It is ranked 23rd in the world.

The state’s interest in promoting Egyptian tourism relied on demonstrating the diversity of the Egyptian tourist destination, which includes beach, cultural, religious, beach sports, and other forms of tourism that attract many different groups worldwide and increase their competitiveness in this field, placing Egypt as one of the best tourist destinations in the world.

The Ministry of Tourism and Antiquities issued a law establishing the Egyptian portal for Umrah; To preserve the rights and preserve the security and safety of Egyptian pilgrims, which was positively reflected on the success of the Umrah season during 2022.

The ministry also worked on re-evaluating hotel establishments according to the new standards for classifying hotel establishments (HC), and the Egyptian Federation of Tourist Chambers contracted with a specialized international company to prepare a national strategy for sustainable tourism in Egypt in cooperation with the ministry, and held a workshop with all concerned authorities in the state and the private sector.

The state directed unlimited support to the tourism sector during the Corona pandemic and the Ukrainian crisis, in order to preserve the Egyptian workforce in the tourism sector, as the period of permission was extended for the initiative of the Central Bank and the Ministry of Finance to guarantee the latter at a value of 3 billion pounds at an interest rate of 5% to finance the payment of workers’ salaries, as well as The approval of the Ministry of Petroleum and Mineral Resources was obtained to increase the reduction granted to the price of aviation fuel for tourist trips to 15 cents until April 2022, and to extend the exemption of all cafeterias and bazaars in museums from paying rents until October 2021, and a 50% reduction of the rental value for the months of November and December 2021 and January 2022, and a 50% reduction in the prices of tickets for archaeological sites and museums for Egyptians during the “Shetti in Egypt” initiative.

The ministry also finished vaccinating workers in tourist facilities in South Sinai and the Red Sea against the Corona virus, in addition to completing the registration of about 207 thousand tourism workers on the databases of the “labor market” system that was created.

The Egyptian state’s efforts have succeeded in the return of Russian flights to Egyptian tourist destinations and the resumption of flights from Russia to the cities of Sharm El-Sheikh and Hurghada after flights have been suspended since 2015, as well as an increase in the number of Russian flights to 25 flights per week, as well as the resumption of flights from England to Sharm El-Shaikh.

The Ministry has taken a new approach by implementing huge events that are covered globally to show the Egyptian tourist destination in a new image other than the traditional image, according to the new strategy for tourism promotion, and implementing a set of promotional activities during the periods before the start of the Corona Virus pandemic crisis, and during the period of stopping the tourism movement due to the crisis, Following the resumption of tourism, including the implementation of a number of introductory trips for tour operators, diplomats, journalists, correspondents and local, international and regional TV channels, and hosting Egyptian, Arab and foreign bloggers and influencers of different nationalities who enjoy high levels of follow-up on social media sites after the resumption of tourism.

An introductory visit was also organized for two delegations of the most important Russian media representatives; To get acquainted with the health safety controls applied in the Egyptian resorts and the tourism promotion of Egypt after the decision to resume the Russian tourism movement to Sharm El-Sheikh and Hurghada, and the sponsorship and hosting of many sports tournaments, festivals and local and international events, including, for example: The World Men’s Handball Championship 2021 – World Shooting Championship – Luxor International Marathon Running – El Gouna Squash Championship – Egypt Desert Challenge Rally – International Festival of Drums for Chanting and Spiritual Music – Aswan Women’s Festival – Cairo International Film Festival.

The Ministry of Tourism and Antiquities relied on the production of a group of promotional and documentary films, such as the film “Egypt Civilization” about the state’s efforts in the field of antiquities, a promotional film for Arab markets, a documentary film for the work of restoring the colors of the temples of Luxor, Karnak, Esna and Dendera, and 27 films to highlight the tourism potentials in each governorate of the Republic. In addition to filming testimonies of groups of tourists about their positive experience in visiting Egypt and showing it in their countries, and the movie “Luxor Secret” to highlight the tourist and archaeological elements of Luxor Governorate.

A number of promotional campaigns have also been launched to encourage domestic and inbound tourism, such as: the “Several in Egypt” initiative to encourage domestic tourism, the launch of a promotional film for the initiative and the purchase of advertising space – a promotional campaign in the Arab market entitled “Summer in Egypt is a story” in May 2021, and the launch of the second part From the campaign in June – a campaign entitled “Egypt in the eyes of the ambassadors of the European Union”, in which the ambassadors of the European Union countries in Cairo published more than 20 films to promote their favorite Egyptian tourist and archaeological sites and published on their social networking sites and embassies of their countries – a campaign on the communication sites In the Russian market, Egypt won the best digital promotional campaign on social media platforms in Russia in November 2021, and won the award for the best advertising film in the Middle East for the category of exceptional stories on sustainable tourism.

The Ministry of Tourism and Antiquities launched a number of competitions to encourage tourism and raise tourism awareness, such as the Ramadan Fawazeer competition for children in coordination with the Ministry of Education and Technical Education, and the “In Every Inch a Story” competition, as well as contracting with a new international company to manage a site and social networking pages for tourism promotion.

The state’s efforts to support the tourism sector, especially during the crisis period, have been the subject of many international praises, especially in its dealing with the Ukrainian crisis and directing all means of support and comfort to Ukrainian tourists, who could not return to their country, as they were hosted in hotels for full board, and flights were provided to countries neighboring Ukraine, in order to return them to their country, which has increased confidence in the Egyptian tourist destination, which is one of the best tourist destinations in the world.