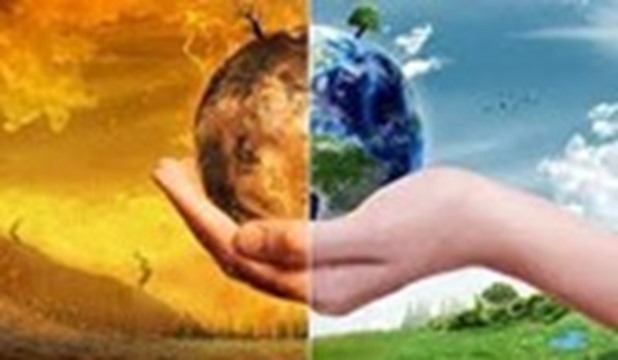 Many strategies and initiatives are being implemented to achieve the goals of Egypt’s Vision 2030, in addition to the great interest in strengthening cooperation with international institutions and bilateral cooperation with friendly countries, as well as Egypt’s strong presence in international environmental forums, and strengthening and extending the Egyptian role at the continental and regional levels. To unify the African voice by unifying African demands and presenting them at the international level in all international forums, as the announcement of Egypt’s selection to host the next Conference of the Parties to the United Nations Convention on Climate Change Cop27 in Sharm El Sheikh next November, during the Climate Change Conference at its twenty-sixth session in Glasgow, is the culmination of that Efforts and as an expression of confidence and support for all delegations participating in the conference for Egypt to host this important environmental event.

What contributed to the development of the environmental sector in Egypt was the directives of the political leadership to change the language of dialogue on the environment and restructure the environmental sector so that it is not limited to reducing pollution only, but aims to conserve natural resources and use them in a sustainable manner that preserves the right of future generations. This sector has witnessed many achievements since President El-Sisi took control of matters, and this was evident in many environmental files. For the first time, the phenomenon of the black cloud was controlled and the great challenge turned into an economic opportunity by awareness and providing technical support to the people and farmers, and reaching the rates of collection and pressing of rice straw to (99%); Which led to the avoidance of approximately 25 thousand tons of air pollutants annually, and also the disposal of the environment from more than 2000 tons of pesticides of persistent organic pollutants, stagnant and abandoned high-risk pesticides and oils polluted with polychlorinated biphenyl, which are listed on the Stockholm Convention on Persistent Organic Pollutants, which Egypt was one of The first signatory country, which confirms Egypt’s commitment to international conventions and covenants.

The launch of the National Climate Change Strategy 2050 is one of the most important national achievements to draw a comprehensive roadmap for mechanisms to confront the effects of climate change in line with the objectives of improving the quality of life for citizens, achieving sustainable economic growth, preserving natural resources, and enhancing Egypt’s leadership in the global climate file, as the strategy aims to achieve Sustainable, low-emission economic growth in various sectors, building resilience and resilience to climate change and mitigating its negative impacts, strengthening governance and management of work in the field of climate change, improving climate finance infrastructure, as well as enhancing the role of scientific research and technology.

During the era of President Sisi, many national projects were implemented in the fields of mitigation and adaptation, which are success stories that Egypt seeks to present to the world during its presidency of the upcoming COP27 climate conference. Energy and wind energy projects, as well as sustainable transport projects such as the monorail project and the metro network, and projects for converting waste into energy and integrated waste management such as biogas projects, sanitary landfills and recycling plants. A decent life” as an integrated model for mitigation and adaptation projects to the effects of climate change through the implementation of natural gas delivery and waste management projects, canal lining projects, sewage treatment plants and afforestation. Efforts are currently underway to transform the city of Sharm El-Sheikh, hosting the climate conference, into a green city, whether in the field of green tourism By obtaining the green label for hotels and diving centers, converting hotels to use solar energy, and developing a plan for the use of new and renewable energy in the city, in addition to infrastructure development projects and the transition to electric transport.

For the first time, the pollution loads from chest dust suspended in the air in Greater Cairo and the Delta have been reduced by 25%, and a project aimed at “reducing air pollution and the effects of climate change in the Greater Cairo region” has been launched at a cost of $200 million, collecting and compressing two million tons 99% of agricultural residues during periods of acute air pollution, the installation of 256 developed models for the production of charcoal, 116 stations in the national network to monitor ambient air quality, and 88 industrial facilities were linked to 438 monitoring points on the national network to monitor industrial emissions, in addition to exhaust inspection The number of 450,000 vehicles on the road, and the implementation of a periodic program to check the exhaust of public transport buses with a number of 22 garages, and the construction of models of 28 km long pedestrian and bicycle paths in the cities of Fayoum and Shebin El-Kom, and the construction of 7 modern high-quality bus lines to connect new cities such as 6th of October and Sheikh Zayed with the line The second is for the metro, and the third phase of the industrial pollution control program includes the implementation of 44 sub-projects for 38 industrial facilities at an investment cost of 393.7 million euros, of which the program is financed by 213.4 million euros.

The environment file also witnessed the issuance of Law No. (202) of 2020 regulating waste management, the issuance of Cabinet Resolution No. (41) of 2019 regarding determining the value of the tariff for electricity generated from waste, and the official implementation of converting waste into energy and encouraging national companies to enter this In the field, with a total volume of investments ranging between 340-400 million US dollars for the first phase, and in the field of implementing the infrastructure of the system, 15 cemeteries were delivered in the governorates of New Valley, Beni Suef, Sohag, Menoufia, Giza, Fayoum, Beheira, Matrouh, Luxor, Aswan and South Sinai, and work is underway with 7 burials. .

Also, (7091) tons of electronic waste and lead acid batteries were safely disposed of. (524) tons of cathode ray tube screens were exported in Egyptian ports (Port Tawfiq, Ain Sukhna, Aswan, Safaga, Port Said East, Port Said West, Dekheila, Damietta) for disposal The safest ones are in specialized facilities outside the country. The status of (7) factories for e-waste recycling has been legalized. Environmental approvals have been issued for (5) other factories, and procedures for issuing licenses are being completed for them. About (1,000) tons of high-risk abandoned pesticides accumulated in ports are being completed. And the Ministry of Agriculture’s warehouses for more than 30 years, the safe disposal of (1005) tons of cathode ray tube screens in Egyptian ports, the implementation of the equivalent of (1660) household biogas units in 18 governorates, to reuse agricultural and animal waste to produce biogas and organic fertilizer.

The achievements continue, as the revenues of visitation fees to the reserves increased to approximately 30 million pounds during the fiscal year 2019/2020, an increase of (255%) compared to the revenues of 2015/2016. The number of visitors to the reserves increased during the period 2018/2021 to reach 1.1 million visitors by 524 percent of the target, which is estimated at 210,000 visitors, due to the development of the infrastructure in the natural reserves, in addition to the activities of promoting eco-tourism, the increase in the income of the local population in the nature reserves by more than 400% during the past two years, the completion of infrastructure development and visitor services in the reserves by (18%) of the total area targeted for development, the International Union for Conservation of Nature declaring Ras Mohammed and Wadi al-Hitan on the Union’s Green List; This is a reflection of the protection efforts undertaken by the Ministry of Environment to preserve natural resources and biodiversity.

The Arab Republic of Egypt was also crowned with the (Iowa Convention Award) concerned with the protection of migratory birds, and this award is for the first time in the country’s history. Degrees of protection and use of good governance mechanisms Through the performance evaluation report of the International Union for Conservation of Nature (IUCN) for World Natural Heritage sites for the year 2020, the Migratory Soaring Birds Conservation Project of the Ministry of Environment won the World Energy Award as an example of pioneering and sustainable projects that achieve tangible goals to protect migratory birds, and to integrate Its objectives with renewable energy projects in Egypt, and the first phase of the interactive map project for the risks of climate change phenomenon on the Arab Republic of Egypt was also completed, and the National Council for Climate Change was established, which became under the chairmanship of Prime Minister Dr. Follow-up of the executive position of the environmental compatibility plans of petroleum companies in the Gulf of Suez region, with a total of 11 sites Affiliated to 9 companies, and a halt to spending on the marine environment.

The first issuance of sovereign green bonds was also issued at an amount of 750 million dollars, and environmental/sustainability standards were issued to integrate them into the government’s investment plan with the aim of reaching 50% of green projects within three years, mobilizing financial resources in the amount of about 627 million euros and 227 million dollars (grants and loans). ) to support the implementation of various environmental projects.

It should also be noted the presidency of the Conference of the Parties to the Fourteenth United Nations Framework Convention on Biological Diversity COP14 under the auspices of President Abdel Fattah El-Sisi during the period from 13 to 29 November 2018, in Sharm El-Sheikh, with the participation of 196 countries and more than 9 thousand participants, under the slogan (Investment in Biodiversity for the health and well-being of human beings and the protection of the planet), so that Egypt chaired the work of the conference over two years, during which it achieved many results that the whole world witnessed, as well as Egypt’s presidency with Germany of ministerial negotiations on climate finance during the twenty-fourth Conference of the Parties to the United Nations Framework Convention on Climate Change which was held in Poland 2018, to emphasize the representation of the needs of developing countries in the course of the negotiations. The Arab Republic of Egypt also chaired the 2015-2017 African Ministers of Environment Conference to play its leading role in serving the African continent in environmental issues. Egypt also chaired the African Heads of Government Committee on Climate Change Climate (CAHOSCC) headed by the President of the Republic to represent the African continent in international meetings and the preparation and launch of the Renewable Energy Initiative in Africa The initiative to mobilize international support for adaptation activities.