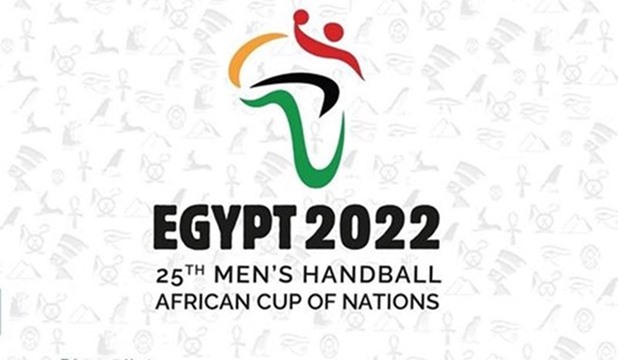 Egypt will host the 25th African Nations Cup for Men's Handball, from 11 to 18 July 2022, at the Hassan Mostafa Complex and October International Halls. The matches will be held in the presence of the public at the full capacity of the halls.

The maximum audience attendance in Hassan Mustafa Hall will be 4,500 fans, and in October International Hall will be 2,000 fans.

The championship will start on Monday, July 11, 2022, and the opening ceremony will be held at 6:15 pm in the hall of Dr. Hassan Mustafa, followed by the match between Egypt and Cameroon at 8:00, in the presence of the President of the International Handball Federation, Dr. Hassan Mustafa, and Dr. Ashraf Sobhi, Minister of Youth and Sports and the President of the Confederation of African Handball, Mansouri Aremo.

Egypt, the reigning champions, will be earmarked as favourites, both due to their host status, but also after capping off an impressive 2021, where they finished fifth at the IHF Men’s World Championship, but also fourth at the Tokyo 2020 Olympic Games.

This will be the sixth time Egypt hosts the competition after the tournaments organized in 1983, 1991, 2000, 2004 and 2016. The last four editions that took place in Egypt saw the hosts qualify for the final, winning it three times and conceding a loss in the other game.

The 14 teams that will line up at the start are divided into four groups – two of four teams each and three of three teams each. The top two sides in each group will progress to the knockout phase of the competition, while the other teams go into the intermediate round.

The knockout phase of the competition features the quarter-finals, the semi-finals, the final and the bronze medal game, but also the placement matches, including the 5/6 Placement Match, whose winner will progress to Poland/Sweden 2023.

After a strong outing at the Mediterranean Games 2022 last week, where they finished second, losing the final, 27:28, against Spain, Egypt will be definitely favoured for this tournament, where they are aiming to win the eighth gold medal and their third in the last four editions, after clinching the title at Egypt 2016 and Tunisia 2020.

With a star-studded line-up, including players like Yehia Elderaa, Ahmed Elahmar, Karim Hendawy, Ali Zein, Seif Elderaa and Mohammed Sanad, Egypt look strong in all compartments before facing different challenges throughout the tournament.

Tunisia, who qualified for the last ten finals of the CAHB African Men’s Handball Championship, with their last tournament without challenging for the gold medal being in Algeria 2000, will be Egypt’s likely challengers, while Algeria or Morocco will try to spring a surprise or two.

However, if both Egypt and Tunisia win their groups and their subsequent quarter-finals matches, they will end up facing off in the semi-final, which is scheduled for 16 July. The final and the bronze medal game are due to be played in the Hassan Moustafa Sports Hall on 18 July, a venue used at the 2021 IHF Men’s World Championship.

The first five teams will qualify for the 2023 IHF Men’s World Championship in Poland and Sweden. With the groups already drawn, the teams will know where they play, immediately after confirming their position in the CAHB African Men’s Handball Championship.

Therefore, the winners and the bronze medalists will feature in Group G in Jonkoping, alongside Croatia and the United States of America. The runners-up are due to play in Group C, in Gothenburg, facing co-hosts Sweden, Brazil and Uruguay, while the fourth-placed side features in Group H, in Malmo, facing Denmark, Belgium and Bahrain. Last, but not least, the fifth-placed side is due in Group E, in Katowice, being assigned there alongside Germany, Qatar and Serbia.

Dr. Ashraf Sobhi, Minister of Youth and Sports activities, inaugurated the twenty fifth African Handball Cup of Nations, which Egypt will host during the period from 11 to 18 this July, at the Dr. Hassan Mustafa hall.

The Minister of Youth and Sports delivered a speech, in which he said: “Let me convey to you the greetings of His Excellency President Abdel Fattah El-Sisi, President of the Arab Republic of Egypt, and Dr. Mostafa Madbouly, Prime Minister, welcoming you all, expensive company, in your second nation, Egypt.”

Sobhi added: “Our gathering right now involves witness collectively the opening ceremony of the African Handball Cup of Nations, which Egypt will host from 11 to 18 July 2022 AD, with the participation of 13 African groups. In this context, I prolong my honest thanks to Dr. Hassan Mostafa, President The Worldwide Handball Federation for keenness to help the Egyptian handball. I would further like to express my appreciation to Mr. Dr. Ashraf Sobhi for hosting the Federation's occasions and championships, which may not have been achieved without Egypt's organizational experience, and the state of safety and stability provided under the auspices of President Abdel Fattah el-Sisi.

For his part, Dr. Hassan Mostafa, President of the Worldwide Handball Federation, said: “We extend a message of appreciation to the Egyptian state and its President Abdel Fattah Al-Sisi, because of his sound support for Egyptian sports activities, in addition to the Egyptian Ministry of Youth and Sports for hosting this event within these critical circumstances.

For his part, Mansouro Aremo, President of the Confederation of African Handball, said: “All because of President Abdel Fattah El-Sisi for his support to hold the twenty fifth African Cup of Nations, which is a chance to express our gratitude to the Egyptian authorities for their outstanding efforts to arrange this event.”

He added: “I, further, thank Dr. Ashraf Sobhi, Minister of Youth and Sports, who devoted his time to attend the opening ceremony, hoping that it is going to be admired by everybody, and I thank Dr. Hassan Mustafa, President of the Worldwide Handball Federation for his help on a regular basis.”

President Abdel Fattah El Sisi congratulated the Egyptian handball team for winning the African Cup of Nations for the 8th time in its history.

“I congratulate the Egyptian handball team for winning the African Cup of Nations for the 8th time in its history. I would like to commend the heroic and brave performance of all the team members throughout the championship. I also commend the distinguished leadership of the technical coaching staff, thanks to which the Egyptian handball team has made many successive sports achievements for Egypt and pleased the Egyptian fans with their performance and determination, winning many competitions and becoming one of the world's top teams in the game.”