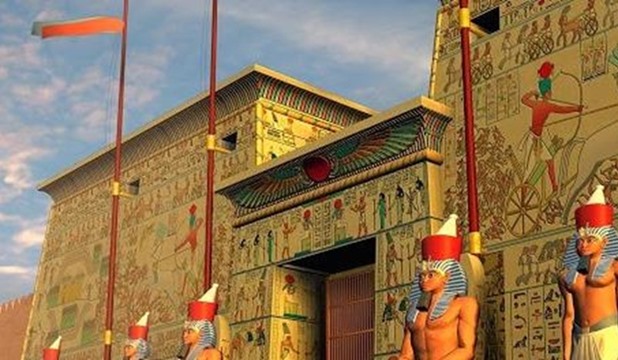 Luxor city comprises monuments of Thebes’s city ruins which remained the capital of the state for several centuries in the Pharaonic eras. Among its most important features are:

This temple was built to worship Amun-Ra. The entrance to the temple begins with the edifice built by Ramses II, with two colossal statues representing him sitting. The temple is preceded by two obelisks, one of which is still standing and the other adorns the Place de la Concorde in Paris.

Alexander the Great has built a small chapel for him there he has written his name inside Amenhotep III chapel.

Finally, we reach the Holy of Holies, where the sacred statue

It is located between both temples of Luxor and Karnak one

The museum houses the Pharaonic archaeological collections that were found in Luxor and the surrounding areas.