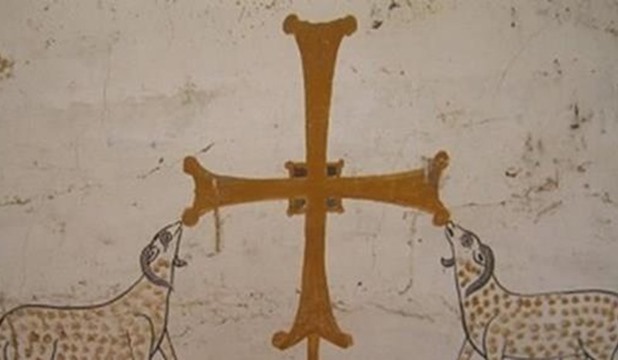 Al-Bahnasa is located on the western side of the Nile at Minya Governorate. It is 198 kilometers south of Cairo. It has been said that Virgin Mary and Jesus, son of Mary, sat under her when they were on a trip to Upper Egypt. It was famous at the Islamic era for making gold-encrusted textiles.

The cemetery’s history goes back to the Sawy era, which is the ninth era of ancient history, or the era of Egypt's fourth unity.

It has been known that Psmatik, Prince of Sas or "Sa El-Hajar" get rid of Assyrians rule  and he has  ascended Egypt’s throne  in the name of King Psmatik I and he was followed by his son Nakhao. He has returned back  to Egypt its glory and Then King Ahmose II have taken power after  both of them .

The cemetery is unique in its kind. This style is unique .I t has not been discovered before in Bahnasa. The cemetery consists of one room that was built of polished limestone, its entrance is from the north side, and its walls have a curve from the top at the beginning of the ceiling, which makes it flat and not vaulted as it is in the rest of the tombs  that has been previously discovered in the region.

Barcelona University mission in Egypt dates back to 1992. Spanish archaeological excavations number in Egypt has reached eight ones, five in Luxor, two in Central Egypt, and one in Aswan. All of those missions contribute to unveil the countless treasures of Egypt’s ancient history