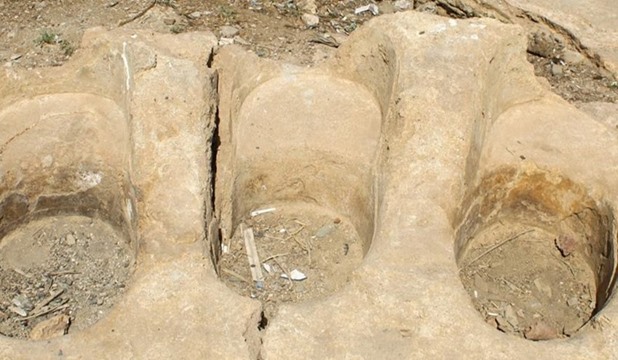 In Fayyoum,  Several archaeological sites have been founded there  that expresses Greco-Roman civilization as in:

It is located on the southwestern edge of Lake Qarun, 50 km from Fayoum city. The temple still preserves all its details and general shape. Its entrance has been decorated with both sun disk; noticeable drawings as well. Dionysias city was founded in the third century, and flourished in the Roman era. The remains of the Diocletian Castle has been founded there

It is located 30 km southwest of Fayoum near Qasr Al-Basel village. It was on the shore of the ancient Morris Lake (Qarun). It had a temple during the 12th Dynasty. It flourished in the Greek era. It includes the ruins of a temple the Roman Umm Al-Brigat city.

It is the origin of Fayyum ancient city. It was founded in Fifth Dynasty era and flourished during the 12th   Dynasty era. King Amenemhat III established in it the temple of the god Sobek and named it (Tashit) and was named (Chrycodeplus) in the Ptolemaic period, then it was named (Arsinoe) in honor of his wife. It is located in the university

They are the ruins of a village at the northwest of Fayoum. It was established in the Ptolemaic period. Inscriptions and papyri were founded in it .

It is located on the Cairo-Fayoum desert road, 33 km from Fayoum and 109 km from Cairo. The city dates back to the third century BC. It includes the remains of two temples that were dedicated to the worship of the god Sobek (the crocodile), the god of the region. It also includes a Roman bath and a group of houses, and there are on the opposite side are the city cemeteries.

It represents the ruins of the ancient Roman city of Bacchias, which was a center for revelation. It has a mud-brick temple and a group of houses. It is located 8 km east of Karanis city.