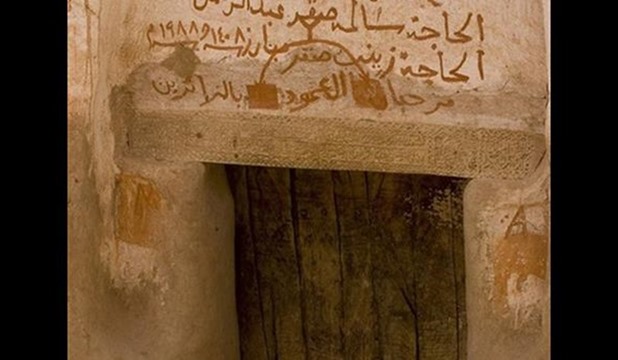 There are many Islamic monuments in the oasis city, which dates back to different eras, including:

Islamic monuments in Dakhla, the most important of which is the dome and the mausoleum of Sheikh Al Bashandi.

The Islamic Village of Balat is considered one of the oldest villages with rare Islamic stamps and is currently affiliated with the center and city of Balat.

It was called by this name in relation to the seat of the royal court in the Ottoman era, which was located in Cairo during the days of the Ottoman rule of the country.It comprises a set of wooden lintels above the facades of houses engraved with prominent and deep engraving, and the oldest date recorded on it is 1163 AH and the latest date is 1253 AH, on acacia wood.

As all Islamic cities at that it comprises a mill for grinding grain. As it is one of the necessities of daily life, the most important of which is in the city of Blat, El-Prince Mill and Abu Yassin Mill

The Islamic village of Al-Qasr ..

A unique model of Islamic antiquities, located north of the Dakhla Oasis, about 35 kilometers from the city of Mut, the capital of the oasis, the first to receive the Islamic tribes in the oases in the year 50 AH, with the remains of a mosque from the first century AH, and flourished in the Ayyubid era, and was The capital of the oases, whose name is relative to the governor's palace.

It is considered one of the most important Islamic monuments, as it represents the only remaining model of Islamic cities and civil architecture in the Ottoman era, and the city is distinguished for its large number of construction texts and historical documents, which are an important source for learning about the history of this important village.

There are a number of museums inside the village including: Dr. Alia Hassan museum that embodies the nature of the place; Umm Jannah Museum; the artist Iman Salem Museum; and Umm Nusa Museum.