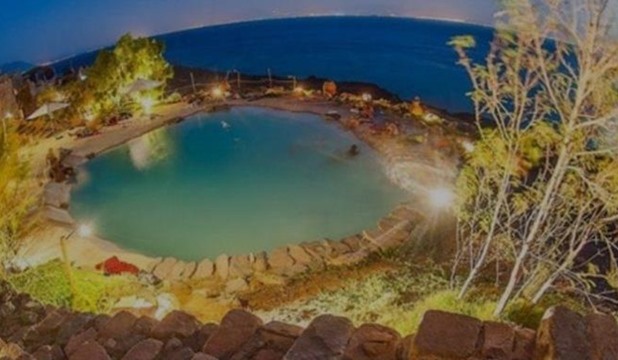 Sinai is rich with many mosques; castles; forts and buildings that were built in Islamic eras. These monuments are scattered in several areas, including:

It is the last three points on the military road known as Horus Road.

As for Al-Arish: It is a famous city at the top of Wadi Al-Arish. It was also an important Egyptian port and a strategic center at Horus road since ancient times. It is one of the main centers of the Egyptian army during the era of the modern Pharaonic state, but nothing remained of its forts and temples.

The most important thing in it is of Al-Arish castle what is left now in it a square wall its height is about 8 meters, the length of its northern and southern sides is 85 meters, and the eastern and western sides are 75 meters.

The Turks relied  a lot on this castle in their struggles until the First World War.

As for Tel Sheikh Zuweid: It is located north of the current city of Sheikh Zuweid. A lot of archaeological evidence is spread on it. As, pharaonic artifacts from the modern state and the remains of a church from the Christian era were found.

And finally, Rafah, which is an important point on the border between Egypt and Palestine. It has been mentioned a lot in the texts of the modern state, but only remnants of the stones of a Christian church from the seventh century have been survived. Middle Road Castles:In addition to the main road parallel to the northern coast in Sinai, there is another road that starts from the head of the Gulf of Suez directly to the head of the Gulf of Aqaba,passing through central Sinai. It is known as the Hajj Path, where the pilgrims' route was from Egypt and North Africa to Mecca and Medina.

But the effects of this road indicate that it was also of military importance in view of a number of major castles located on it or near it, the most important of which are: Al-Jundi Castle near Sidr; Al-Sultan Al-Ghouri Castle at Nakhal, and Salah Al-Din Castle on Pharaoh’s Island at Taba.

It is located on a high plateau in Nakhal City, near the international road in central Sinai. It was built by the Mamluk Sultan Qanswa Al-Ghouri in 1516, a few months before his defeat at the hands of the Ottoman Turks.

The castle is a square building with five towers and was built of carved stone.

It has been renovated by Sultan Murad III of the Ottoman Empire in 1594 and inscribed on its main gate the phrase “Mawlana Sultan Muradkhan, may his victory be granted.” Nakhal Castle is distinguished by its strategic location on the surrounding areas from all directions.

Islamic monuments in South Sinai include:

It is located on the hill of Ras al-Jundi that reaches a height of 2,150 feet above sea level. It rises 500 feet above the flat plain that extends around it from all sides. The hill has a unique shape, and the position of the ruler makes it a natural form visible to the naked eye from a distance of several kilometers, and whoever stands above it reveals, of course, further than this distance.

A 5 to 6 m ditch separates it from the ravine whose shape it takes, that of an irregular rectangle. Extending from north-east to south-west over a length between 100 and 150 m with a maximum width of 120 m, it is surrounded by a 2 m thick wall reinforced at regular intervals with square and round towers. It is opened by a monumental square door crowned with a limestone arch stone whose keystone bears an inscription in the name of Allah.

It was first known as Nuweiba castle which was built in 1893 as a center of police force for maintaining security in this region the old castle has a fence, small wall openings and a big gate. There is water well inside the wall. And it used to be a housing compound for the policemen families.

Al-Tur monuments: There is more than one archaeological area at Al-Tur city.  The most notable one is the Al- Kellany area; the old commercial port, which was discovered and dates back to the Mamluk era. Many important relics tools; coins were also found . It is dating back to several centuries ago.

Salah al-Din al-Ayyubi castle on the island of Pharaoh in Sinai represents a great historical and archaeological value. This majestic castle played guardian role for the Arab shores in Egypt, Hijaz, Jordan and Palestine alike.

It also contributed to ward off military dangers during the Crusader-Arab conflict, where Islamic Egypt had represented the protective shield for the Arab and Islamic world during that conflict.

This fortress was built on this island, about 60 kilometers from Nuweiba city; and about 8 kilometers south of Taba. So as to be an advanced base to secure the Gulf of Aqaba from any Crusader invasion.

Archaeological excavations have revealed that this island has been used for military purposes in ancient times, but the buildings that remain now date back to the Ayyubid era when Saladin ordered its construction in 1170 AD to be one of the important castles in his struggle with the Crusaders.

Each of them is an independent fortress, and by taking advantage of the topography of the island perfectly; so that the two castles were built on a hill; the northern one being larger and more detailed; the middle plain surrounded between them; the storehouses; the mosque, and the rooms were built.

The two castles and the central plain are surrounded by an external wall parallel to the shore of the Gulf on its eastern and western sides, with six towers overlooking directly on the waters of the Gulf.

The northern fortifications rise and are interspersed with towers at the upper ends of the northern hill.

There are holes in the towers for throwing arrows in three directions. As for the thick walls, they contain roads that were used for soldiers to stand behind them to shoot arrows