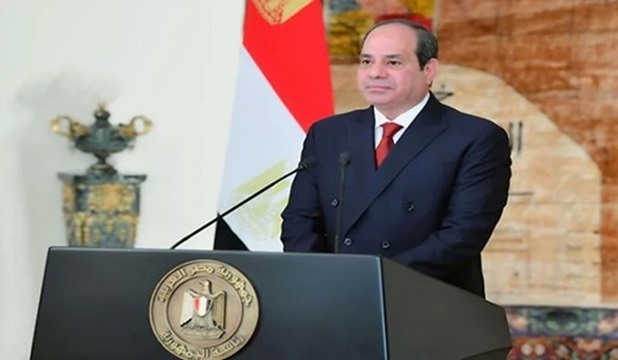 President Abdel Fattah El Sisi said the July 23 revolution has reflected the long struggle, led by the Egyptian people to defend their right "in a homeland whose head is held high.

Speaking to the nation on the 70th anniversary of the July 23 Revolution on Saturday 23/07/2022, the president reiterated that the revolution paved the way to establish the first republic and contributed to making radical changes, not only in Egypt, but also in the region entirely.

This revolution also had "inspiring contributions to the global movement of decolonization and consolidating the right of peoples to self-determination."

He added that the "flags of freedom and independence rose above most Arab and African countries" following the revolution.

The President also lauded great sacrifices made by the Armed Forces during the revolution in the manner that reflected ideal unity between the military and people.

Sisi lauded the strong will of Egyptian people to make great achievements and realize the desired goals to develop the homeland and guarantee better and decent life for present and future generations.

The President urged Egyptians to work hard in order to overcome all regional and international challenges.

Egypt has managed to deal with global crises and challenges over the past years, thanks to economic reform programs and giant development projects, particularly in the fields of infrastructure, new urban communities, energy along with strengthening and localizing industry.

Sisi urged the Egyptian people to continue working on the right track to support the new republic that aims to develop the society.

The President greeted the Egyptian people on the July 23 revolution anniversary, wishing further prosperity for Egypt.