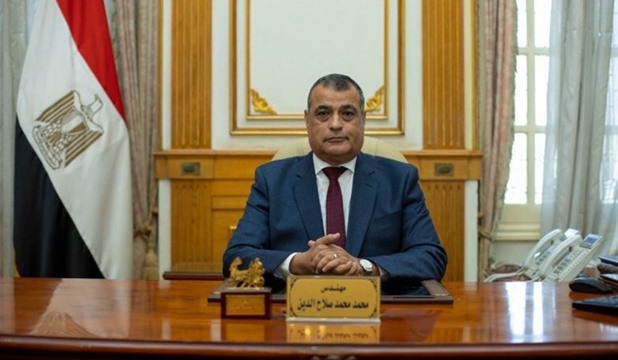 State Minister for Military Production Mohamed Salah-Eddin met Thursday with the board chairmen of affiliated companies and units via video conferencing.


The meeting aims to probe future action plans that the ministry seeks to accomplish, he said.


Salah-Eddin asserted the importance of exerting tireless efforts to complete building and development efforts in the military production sector.


He said efforts will be focused on implementing plans and strategies of the ministry which is a giant national industrial edifice contributing to building the new republic.

The ministry is playing an important role in military manufacture in the country, he said, referring to its important civil contribution as the key industrial arm in the state.

The ministry is now participating in carrying out several national projects and presidential initiatives, according to him.


The minister underlined the necessity of implementing President Abdel Fattah El Sisi's directives about localizing the industry in Egypt in general and increasing the local components, given the fact that industry is the locomotive of development, he said.

He highlighted the importance of taking into account transferring global experiences and technologies to the local manufacture.


He urged committing to the set timetables for finalizing projects, especially those falling within the framework of preparations for the United Nations Climate Change Conference (COP27).


The minister directed companies to empower youth and invest their energies, stressing the need of developing, training and qualifying cadres.


He highlighted the importance of empowering youths, committing to innovation and proceeding with development and increasing production.