Diaa Rashwan: The National Dialogue is the beginning of a stage in building the new republic 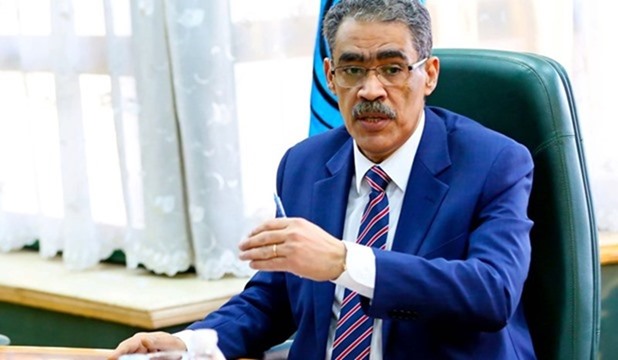 Diaa Rashwan,  Chairman of the State Information Service, confirmed that President Abdel Fattah El-Sisi’s call to conduct a political dialogue on the priorities of national action in the current period came as an additional stone in the structure of the new republic in Egypt, which aims to build a strong and advanced modern state.

Rashwan added that this dialogue and the other related steps are a prelude to a new phase of political life in Egypt in its comprehensive concept, via frameworks and common denominators that have broad national and popular consensus.
In the editorial of the seventh issue of the “Studies in Human Rights” issued by the State Information Service, Rashwan said that the national dialogue under the auspices of President Sisi is the reason for the political and popular consensus to participate in the dialogue, and the confidence that it will achieve the desired results.
Head of the Syndicate of Journalists Diaa Rashwan added that opening more prospects for political life in Egypt came after many steps were achieved in the field of security and political stability, stabilizing the consolidation of the state, and strengthening its institutions, and after an economic reform process that moved the economy from the collapse to the growth after tangible achievements in rebuilding infrastructure across the country.

This new stage in political life also came after several major actions in the social field, social protection programs for the more eligible groups in society, the elimination of slums and unsafe areas, the achievement of advanced stages for the empowerment of women and youth, the rights of people with special needs, and a great achievement in the health care sector. Whether in the construction of medical institutions or health initiatives, the most prominent manifestations of their success were the world-leading experience in getting rid of virus c, the successful Corona virus confrontation, the launch of the pharmaceutical industries, and the start of the comprehensive health insurance project. The development of education and higher education has also taken important steps on the path of modernization and development to bring a qualitative leap in the qualification of human resources for the sciences and requirements of the age.
Diaa Rashwan pointed out that the seventh issue of the Human Rights Studies periodical included an integrated file on economic rights as an important focus of human rights in its comprehensive concept, and the issue included the latest contributions of the late Mohsen Awad, one of the pioneers Human rights studies in Egypt.