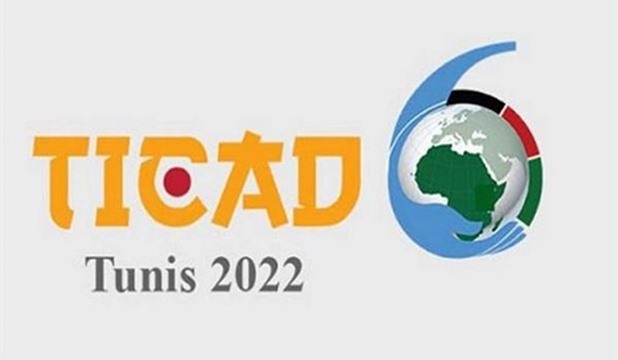 Prime Minister Mostafa Madbouly participated, on Saturday August 27, 2022, on behalf of President Abdel Fattah El-Sisi, in the activities of the eighth summit of the Tokyo International Conference on African Development "TICAD 8", held in sisterly Tunisia.

The two-day event is attended by 66 delegations from African states, Japan and regional and international organizations.

The event will also witness the participation of 22 heads of states and governments as well as the heads of the African Union, the United Nations Development Program, the African Bank, the World Bank and other international economic organizations.

This year’s conference will focus on fostering dialogue and collective action about African development led by the countries of Africa supported by the international community, shaped by their own vision of sustainable development and the priorities of their citizens and communities.

In July 2020, the Government of Japan announced that TICAD8 to be held in 2022 would be hosted by the Republic of Tunisia. TICAD will take place in Africa for the second time after Kenya hosted one in 2016. In light of the outcomes of TICAD7 held in Yokohama in August 2019, Japan will continue to strongly support African-led development toward TICAD8.

The first plenary session of the TICAD

He also expressed Egypt’s full support for the reform steps led by President Kais Saied, and his sincere wishes for sisterly Tunisia to complete the upcoming elections successfully.

The number of axes that require joint coordination

During his speech, the Egyptian prime minister explained a number of axes that require joint coordination with the aim of taking immediate and effective steps to enhance the continent's efforts to achieve sustainable development.

The first axis affirms the importance of diversifying the sources of food imports and securing the continent’s supply chains, including by controlling prices.

He also affirmed the need for joint coordination to advance the African agricultural national policies with the aim of achieving self-sufficiency given the direct impact of the food crisis on the security and peace situations in Africa.

The second axis focuses on the need to prioritize the issue of alleviating the burdens of debts shouldered by the African countries, especially amid the cruel global challenges.

In this regard, he affirmed the need for supporting the small and medium projects in continuation of the Yokohama work plan launched by President Sisi and late Japanese Prime Minister Shinzo Abe in 2019.

The third axis sheds light on the necessity to work on activating the African Free Trade Zone as a cornerstone for the desired economic integrity of the continent with the aim of improving the climate of investments and making optimal use of the available resources.

Madbouly also expressed the Egyptian state’s belief in the importance of regional and continental work to support the national efforts based on implementing the African Union’s 2063 Agenda.

Madbouly said that this aims at achieving economic integrity and sustainable peace and fulfilling the aspirations of the African countries, affirming that this requires concerting international efforts and supporting African countries and their institutions that are concerned with achieving security and development in the continent.

He said the Egyptian political leadership attaches great importance to the reconstruction file in Africa.

The prime minister asserted that Egypt, through its hosting of the African Union Center for Post-Conflict Reconstruction and Development, will communicate with international and regional partners to support the African countries’ plans in this regard in order to achieve the desired economic development.

During his speech, Madbouli also expressed Egypt’s full support to the reform steps taken by Tunisian President Kais Saied, expressing hope for Tunisia to successfully complete the coming entitlements, wishing Tunisia would proceed forward to achieve prosperity and stability under the leadership of Saied.

The Prime Minister concluded his speech, which he delivered on behalf of President Abdel Fattah El-Sisi by affirming the Egyptian state’s belief in the importance of integrating regional and continental work to support the existing national efforts to implement the goals of “Agenda 2063” in an effort to reach the stage of economic integration, sustain peace, and achieve the aspirations of the countries of the continent, which can only be achieved by concerted international efforts and directing them in favor of supporting African countries and their institutions concerned with achieving security and development in Africa.