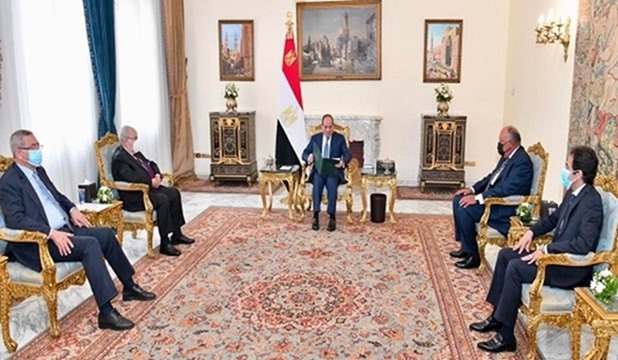 President El-Sisi welcomed President Tebboune’s invitation. He expressed Egypt’s aspiration to work with Algeria to ensure the success of the Arab summit in strengthening joint Arab action in order to address the huge challenges facing the Arab nation, with the aim of restoring its position and unity, enhancing the concept of nation state and preserving the resources of the Arab peoples.

The President affirmed that Egypt values the outstanding, close and historical relations it shares with Algeria and its great people at the official and popular levels. He also stressed Egypt’s interest to strengthen joint bilateral cooperation between the two brotherly countries during the coming period in all fields.

The meeting discussed prospects for bilateral relation between the two countries, which share common interest to bolster cooperation in various fields and increase channels of effective communication between their governments and peoples

The discussion also focused on a number of regional issues of common interest at the Arab level, especially the latest developments in Syria, Libya and Iraq. There was an alignment in views with regard to the importance of intensifying mutual coordination to work on restoring regional security, stability and peace.