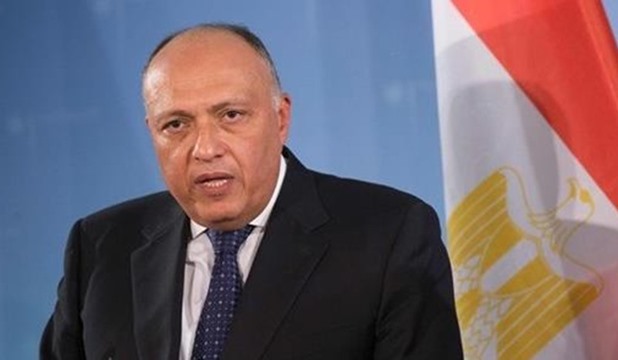 Foreign Minister Sameh Shoukry and his Japanese counterpart Yoshimasa Hayashi on Thursday 22/9/2022 praised the leap that has been reached in the Egyptian-Japanese relations over the past period.

This came in a meeting held between the two top diplomats on the fringe of the UN General Assembly (UNGA) meetings.
Foreign Ministry Spokesman Ahmed Abu Zeid said the two ministers voiced their aspiration for boosting such cooperation at all levels.
Shoukry, on his part, expressed Egypt's appreciation for Japan's contribution in supporting the programs and developmental activities in Egypt, highlighting the backing of the Japanese financial institutions to Egypt to issue the Samurai bonds for the first time.
He also highlighted the Japanese cooperation with Egypt in a variety of projects such as the Egyptian Grand Museum and the Japanese schools in Egypt.
The spokesman also noted that Shoukry and Hayashi discussed the impact of the Russia-Ukraine crisis on the international economy and the food and energy crises.
The two ministers also covered special preparations for convening the UN Climate Conference (COP27), due to be held in Sharm El Sheikh in November, added the spokesman.
Shoukry also underlined the importance of supporting funding for the developing countries to combat the climate change phenomenon.