Saeed made the remarks during a high-level side event that took place on Friday 23/09/2022 on the margins of the 77th session of the UN General Assembly (UNGA 77) under the theme: "Global leaders discuss multidimensional poverty reduction and wellbeing."

The event was held as part of an anti-poverty initiative adopted by Oxford University.

The minister added that government's spending on social protection programs had amounted to nearly EGP 2 trillion in eight years since the FY 2014-2015, up by 95 percent compared to total spending over the eight years preceding the aforementioned period.

She highlighted the pivotal role of multidimensional poverty indices as a major tool for follow-up, accountability, and promoting a culture of evidence-based policy-making, especially for developing nations.

During her speech, the minister shed light on the efforts pursued by the Egyptian government to address multidimensional poverty, such as the presidential "Decent Life" rural development initiative that seeks to change the lives of over 500 million citizens in 4,500 villages for the better.

She also touched upon her ministry's fruitful partnership with Abdul Latif Jameel Poverty Action Lab (J-PAL), a global research center working to reduce poverty by ensuring that policy is informed by scientific evidence.

The discussion sought to galvanize action and foster collaboration among institutions and sectors to design sustainable solutions that have a greater impact on people living in poverty and that promote well-being across society.

The event was organized with the Multidimensional Poverty Peer Network (MPPN), a network of senior policymakers from more than 60 countries and 19 international organizations focused on measuring and reducing multidimensional poverty. The Oxford Poverty and Human Development Initiative (OPHI) is the Secretariat of the MPPN. 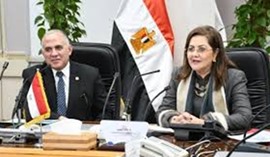 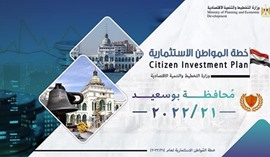 Planning Minister: 178 projects to be carried out in Port Said in 2021-22 economic plan 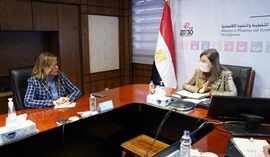 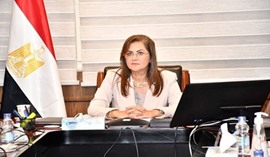