Rashwan: Over 3000 Journalists and Media Persons Provide Global Media Coverage of COP27 in Dozens of Languages 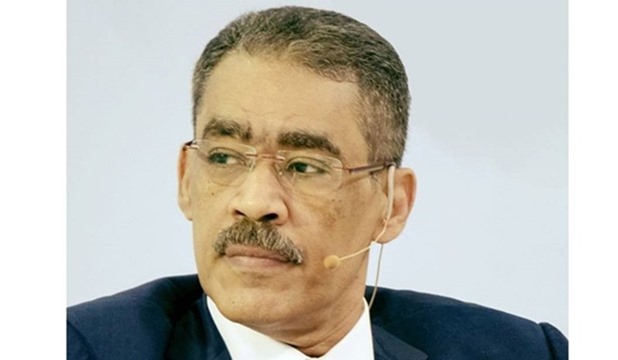 Journalist writer Diaa Rashwan, Chairman of the State Information Service (SIS), confirmed that the convening of the 27th session of the Conference of the Parties to the United Nations Convention on Climate Change "COP27", in Sharm El-Sheikh, is gaining worldwide attention from international media across the world and in all languages, noting that arrangements have been finalized to provide all facilities for journalists and media professionals who will broadcast the such great event across the world, in addition to a global press center set up by the SIS, in coordination with the United Nations office in Cairo, and concerned ministries and authorities as well.

Rashwan said that significant numbers of media professionals and correspondents of news agencies, newspapers, websites, and television channels have registered to covering the COP27 and most of them have already arrived in Sharm El-Sheikh, among them about (2800) journalists, correspondents, and photojournalists representing about (450) media outlets from all over the world, in addition to about (300) journalists and correspondents, accredited to the SIS, representing nearly (50) foreign media and press institutions that have bureaus in Egypt. This is in addition to media delegations, including photojournalists, broadcasters and journalists, accompanying official delegations participating in the conference, noting that these numbers do not include over 500 journalists, media professionals and photojournalists from Egypt, representing dozens of Egyptian media outlets who have already registered to covering the conference.

Rashwan indicated that arrangements made by the SIS include receiving media professionals at Cairo and Sharm El-Sheikh airports through the SIS Press Center for Foreign Correspondents, facilitating customs release of equipment of press delegations, issuing permits for filming and covering the global event, facilitating the movement of journalists and their vehicles during the conference, and providing some technical materials and equipment necessary for their work through the global press center that has already been set up and adequately equipped to enable the large number of journalists to follow-up, carry out their journalistic work and broadcast their messages across the world.

The Chairman of the State Information Service said: 'At the forefront of the significant number of media outlets that are going to broadcasting the conference proceedings from Sharm El-Sheikh are renowned world news agencies, namely Reuters, Associated Press, Agence France-Presse, Bloomberg News, Fox News, in addition to news agencies from Russia, Italy, China, and others.

There are also media delegations representing the world's major television networks, notably the BBC, the British Sky News, NBC, CBS, AlHurra, CNN, and Euronews, in addition to television networks from Italy, France, Germany, Spain, Sweden, Japan, Belgium, Turkey, China, and others, along with Arab and African media outlets. These are besides correspondents of esteemed newspapers, notably the US "New York Times", the British "Independent", "Le Monde" and "Jeune Afrique" from France and others.

Rashwan added: 'Reports and coverage of correspondents are expected to be issued in (15) major languages over the world, notably Arabic, English, French, Spanish, German, Italian, Russian, Greek, Portuguese, Turkish, Japanese, Chinese, Hindi, Urdu and Hebrew, in addition to dozens of languages that are spoken in various parts of the world, pointing out that the conference is an opportunity to present Egypt's image to the whole world through this huge number of journalists, media professionals and media outlets in Sharm El-Sheikh. In this context, the State Information Service has issued some electronic and paper media materials about Egypt in the world’s most widely spoken languages ​​, such as English, French, Spanish, Chinese and Arabic. A book was published on Egypt's efforts to address repercussions of climate change at the in-country, regional and international levels, in addition to special editions of a number of academic Periodicals issued by the SIS on climate change related-issues and their effects on Egypt, the Arab region, Africa and the world. Among these Journals are "African Horizons", which is published in Arabic, English, and French, and "Asian Horizons"; issued in Arabic, English, and Chinese, and "Studies in Human Rights"; published in Arabic, English, and French, in addition to the "Arab Horizons" Periodical, and a comprehensive book on "Egypt" in word and image in 13 languages ​​that will be accessible to Egypt's guests at the COP27.