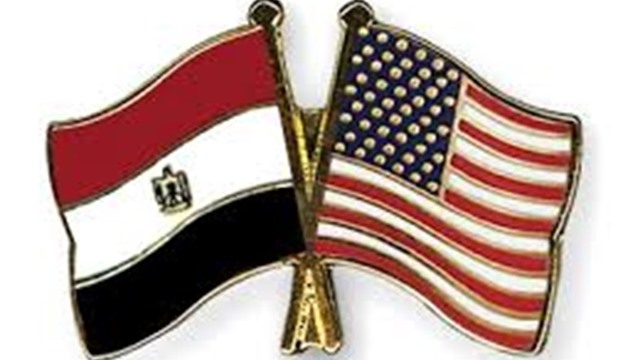 Egypt and the United States of America have been associated with close strategic relations over the past four decades, taking into account the influential role of the United States in all global and regional issues, as well as the pivotal role of Egypt in the Middle East, Africa and the Islamic world.

Egyptian-American coordination has always been standing in all issues of the region, especially with regard to the Palestinian issue and the situation in Syria, Lebanon, Sudan, Iraq and Iran, as well as the combating against terrorism.

At the time the United States gained independence in 1776, Egypt was an Ottoman state and it was impossible to establish direct relations with the world. Yet, the United States wanted to engage with Egypt directly. But when impossible, America sought to effect this relation through an American consul in Constantinople.

In 1832, when Muhammad Ali ruled Egypt, the US appointed a commercial agent in Egypt. Egypt had a large commercial activity, and the United States was keen to establish such commercial relations with Egypt.

For this reason, American President Andrew Jackson sent a commercial mission in 1834 to ascertain Muhammad Ali's desire to establish separate commercial relations with the US apart from the Ottoman Empire. This mission pointed to the importance of developing relations with Egypt and recommended increasing the representation between the two countries. Meanwhile, Muhammad Ali used a number of American experts in affairs of agriculture, in particular the cultivation of cotton, cane and rice.

The US Consular Office was subsequently established on August 28, 1835, under the chairmanship of an English businessman in Alexandria named John Geldon. In 1841, the Congress ratified agreements to encourage trade and to activate relations generally with Egypt.

Relations between the two countries continued to grow until the mutual representation was crystalized in the form of a consulate general in 1849. Exports from Egypt to America amounted to more than $ 3 million a year during that period, whereas imports amounted to more than half a million dollars.

In the context of developing trade relations between the two countries, Egypt participated in the exhibition in 1853 in New York for agricultural crops and industrial products, and also participated in 1876 in the exhibition "Philadelphia". these responsive relations promoted trade exchange between the two countries, and were extended to other domains such as establishing schools and hospitals in Egypt.

As for Khedive Ismail, he supported his relations with America, which sent to him a group of American officers to train the Egyptian army. In 1870, the US government agreed to sell US weapons to the Egyptian army. In 1920, after the end of the First World War, a navigational shipping line was opened between Egypt and the United States