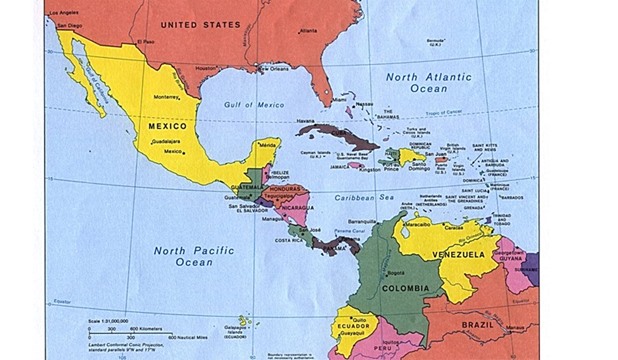 The Arab-Latin American Summit was held on May 10, 2005 in Brazil with the participation of 22 Arab and 12 Latin American countries. The aim of the summit was to enhance relations between the two sides.

The summit aims to coordinate between the two regions over international issues and mutual interests, to unite the Arab and the Latin perspectives and to enhance cultural cooperation, which is part of political dialogue.

In this declaration, the participants:

1.      Emphasize the importance of combating terrorism in all its forms and manifestations through an active and efficient international cooperation, within the framework of the United Nations and regional organizations concerned, based on respect for the objectives and principles of the Charter of the United Nations and in strict compliance with International Law and Human Rights principles. They also reaffirm the importance of enhancing cooperation and coordination in the exchange of information and expertise and in the development of competent organs specialized in combating terrorism. They call for holding an international conference under the auspices of the United Nations to study this phenomenon and to define the terrorist crime.

2.      Reaffirm the need for the materialization of the legitimate national rights of the Palestinian people, and for the implementation of Security Council Resolution 1515/2003, and the establishment of the independent Palestinian State, based on the 1967 lines, living side by side with the State of Israel, and the withdrawal of Israel from all occupied Arab territories to the lines of 4th of June 1967, and the dismantling of the Settlements including those in East Jerusalem. They duly take into account the advisory opinion rendered on 9th July 2004 by the International Court of Justice concerning the "Legal Consequences of the Construction of a Wall in the Occupied Palestinian Territory", and call upon all parties concerned to comply with the said advisory opinion.

3.      Commit themselves to intensify coordination of their positions in the economic and commercial forums in order to discuss common issues in accordance with the objectives of this declaration. In this respect, reaffirm their commitment to strengthen the economic and social institutions of the United Nations in order to promote a broad and ambitious international economic, social and development agenda, and to implement the relevant resolutions adopted in the main conferences of the United Nations.

4.      Affirm that, with a view to promoting peace, security and stability of the world, cooperation between the two regions should be guided by a commitment to multilateralism and respect for International Law, the observance of human rights and International Humanitarian Law; to disarmament and non-proliferation of nuclear weapons as well as other weapons of mass destruction; to the pursuit of sustainable development alongside social justice, in particular to the eradication of hunger and poverty; and to the protection of environment.

For its part, Egypt sent a high-level delegation to the summit, which was led by Foreign Minister Ahmad Abul-Gheit.

2.      Former president Hosni Mubarak sent a message to Brazilian Head of State Lula Da Silva, in which he expressed Egypt's full support of the idea of the summit, highlighting his confidence that the meeting would help achieve peace, justice and development worldwide.