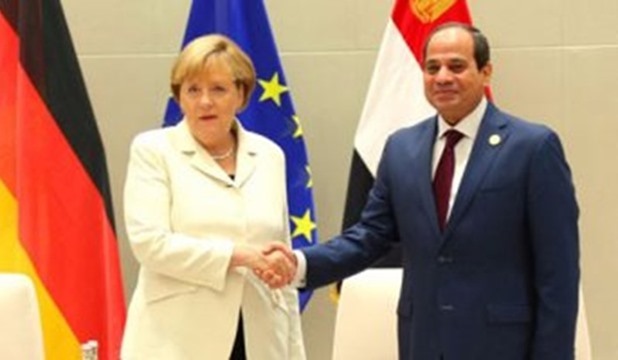 Germany is keen to develop and preserve the close relations with Egypt, due to a variety of reasons:

1- Egypt is the motive for the changes in the Arab region and such changes will never succeed elsewhere unless they succeed in Egypt, because Egypt  is the biggest Arab country in terms of population and it is of a significant weight in the economic and military fields, possessing  a great impact on the cultural and political arenas in the Arab world and  enjoying a cultural leading role in the region.

2- Egypt is the major trade partner to Germany in the Arab world, after Algeria, Libya and Saudi Arabia. The volume of Egyptian exports is estimated at about 1.7 billion Euros. It is also considered a traditional old partner, where the first German Chamber of Foreign Trade established 60 years ago had been the first in the Arab world. The German economy is the third largest supplier of goods to Egypt, after USA and China.

3- Egypt's moderate stance towards Israel, which began in the late seventies up to date.

4- The Germans’ fascination and  interest in the Egyptian culture and pharoanic civilization in addition to the diplomatic relations between Egypt and Germany dating back to December 1957. There are bilaterally and internationally common interests between the two countries, including the Middle East peace process, relations between Egypt and the European Union and the Euro-Mediterranean cooperation.