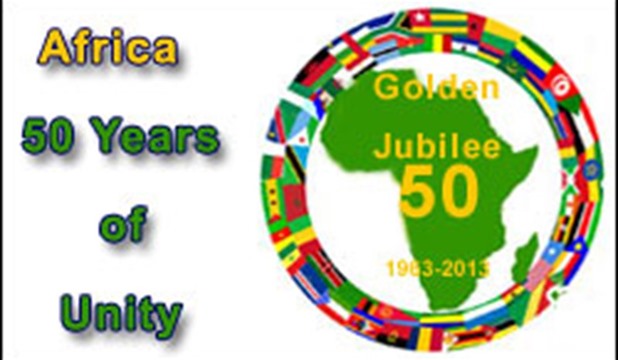 May 25, 1963 was a historic day for Africa. On that day, the governments of 32 independent African countries signed the document establishing the Organization of African Unity (OAU) in the Ethiopian capital Addis Ababa that became the headquarters of the nascent organization.

The formation of this organization was not that easy. Although the African leaders were unanimous on the necessity of merging into one entity that helps realize the aspirations and hopes of their peoples, they were divided over the mechanism of attaining this goal. Two groups were formed; one called Casablanca Bloc under the leadership of the then president of Ghana Kwame Nkrumah. This group was of the view of setting up a federation that groups all African countries. This view was supported by Egypt, Algeria, Morocco, Libya and Guinea.

While the then president of Senegal Leopold Sedar Senghor led the second group which was called the Monrovian Bloc. This group was of the view of realizing the African unity in a phased-out way through activating economic cooperation first. This group, which included Nigeria, Ethiopia, Liberia and most of the French-occupied countries, did not support the idea of establishing a political federation grouping all the African countries.

This difference, however, did not last for long as the last Ethiopian emperor Haile Selassie I invited the two groups for consultation in Addis Ababa to hammer out a compromise on this score.

The Organization of African Unity (OAU) was the outcome of this meeting.

The Goals of OAU

Since the 50 and 60s eras of the past century constituted the zenith of revolutionary action to get rid of the obnoxious colonialism from which most of the African countries suffered for long decades, it was natural that one of the most important goals of the OAU was getting rid of what remained of foreign occupation and hegemony.

These goals also included supporting unity and solidarity among the African counties and maintaining coordination for attaining development along with protecting the independence of the African countries and preserving their territorial integrity together with enhancing international cooperation with the United Nations.

The OAU has actually been an active tribune for the Africans through which the African peoples managed to adopt harmonious stances on several issues of common concern to Africa at the international level and of course defend African interests in the world at large.

The African countries have actually managed to coordinate stances at international forums and speak in one voice given the fact that the OAU was the icon of joint African action at the time.

The OAU has played an active role in providing weapons for movements that were struggling against foreign occupation and others that were fighting against racial discrimination in South Africa where the OAU has extended material and moral support for the African National Congress (ANC) in its struggle against Apartheid in South Africa. The OAU has also extended support for ZANU movement that was fighting the rule of white minority in Rhodesia that obtained its independence in 1980 and became Zimbabwe. More, the establishment of the African Development Bank is one of the most important achievements of the OAU as its foundation on August 4, 1963 was an important step towards enhancing economic cooperation and boosting development in several parts of Africa.

The Bank has been based in Abidjan, the capital of Cote d'Ivoire at the time but civil war in the country led it to move to Tunis. Also, the establishment of the African Economic Community (AEC) is one of the achievements of the OAU at the economic level. It was set up in 1991. It was aimed at creating an African common market to enhance inter-African economic integration.

Throughout its history, nine people took over the post of OAU secretary general. They are as follows:

The Transformation into African Union (AU)

In July 1999, the OAU Summit at its extraordinary meeting approved accelerating the pace of economic and political integration in Africa.

The Sirte Declaration was followed by holding the Lome Summit in Togo in 2000 that adopted the statute of the AU with the second article stipulating the establishment of the African Union in line with that by-law. Lusaka Summit in Zambia in 2001 outlined a road map for activating the AU with all these efforts being crowned with holding Durban Summit in South Africa in July 2002 to be the first AU Summit.

- The African Union is based on a joint vision for supporting a strong and unified Africa.

It is also based on the necessity of building partnership among governments and all spectra of the civil society particularly women and youths along with the private sector with a view to supporting solidarity among the African peoples.

- The African Union is highly interested in supporting peace, security and stability in all parts of Africa as a precondition for implementing its agenda of development and integration. - The African union is the prime foundation in Africa that is playing a key role in boosting and accelerating economic and social integration among the African countries, something that would lead to more unity and solidarity among the African peoples and countries.

The Goals of the African Union

The third article of the statute of the African Union stipulated that its goals are as follows: -

Realizing more unity and solidarity among the African peoples and countries;

- Defending the sovereignty, territorial integrity and independence of its member states;

- Accelerating the pace of economic and social integration in Africa;

- Supporting and defending joint African stances on issues of common concern to the African countries;

- Supporting the principles of democracy and popular participation along with good governance;

- Supporting and boosting human rights in accordance with the African Charter for Human Rights;

- Supporting sustainable development at the economic, social and cultural levels and enhancing integration of the African economies;

- Coordinating policies among current economic blocs and others to be set up in the future with a view to achieving the goals of the AU in this regard;

- Cementing the development of Africa through enhancing scientific and technological research;

- Working with international partners to shrug off lethal diseases and enhance health-care in all parts of Africa.

In its quest to attain the previously-mentioned goals, it was necessary that the African Union has its own agencies that empower it to realize these goals. These agencies are as follows:

- The Assembly; it groups the heads of AU-member states and governments. It is the highest agency in the AU;

- The Executive Council; it includes ministers of the AU member-states; mostly the foreign ministers.

It answers to the Assembly of the heads of state and governments;

- The Commission; it includes a chairman, a deputy and eight commissioners;

- The Permanent Representative Committee; it includes the chief delegates of the AU member states.

It undertakes outlining the activities of the Executive Council;

it was set up according to a resolution issued by Lusaka Summit in 2001 it is concerned with supporting peace and security in all parts of Africa and looking into means of implementing stability and peace particularly in spots of conflict in Africa. This is why it is the most important of the eight AU commissions;

- Pan-African Parliament; it is concerned with guaranteeing full participation of all African peoples in rule and economic integration and development in Africa;

- The Economic, Social and Cultural Council (ECOSOCC); it includes experts in the domains concerned from all AU member states;

- The Court of Justice; it is designed to be the judicial arm of the AU and to has the powers to settle disputes over interpretation of the AU treaties;

- Specialized Technical Committees; are concerned with handling all issues at the ministerial level. They are as follows:

- The committee of rural economy and agricultural issues;

- The committee of education, culture and human resources.

Commissions of the African Union

1- The commission of Peace and Security Council. It is one of the most important and strongest commission of the African Union given the fact that it is concerned with preventing and managing conflicts along with reaching solutions to disputes in Africa and combating terrorism. (Incumbent commissioner: Ramadan al-Amamra/Algeria – Northern Province)

2- The Commission of Political Affairs; it is concerned with human rights, democracy and good governance issues along with NGOs and humanitarian affairs together with issues of refugees and displaces; ( Incumbent commissioner: Aysha Abdullah/Nigeria – Western Province)

6- The Commission of Trade and Industry; it is concerned with trade, industry, customs and migration affairs; (Current commissioner: Fatima Haram Asilis – Central Province)

7- The Commission of Rural Economy and Agriculture; it is concerned with the issues of food security, environment, water and natural resources along with desertification; (Current commissioner: Rouda Tomosemi/ Uganda – Eastern Province)

8- The Commission of Economic Affairs; it is concerned with issues of economic integration, financial and monetary affairs and development of the private sector and upgrading investments and mobilization of resources; (Current commissioner:

Chairpersons of the African Union Commission

Since the transformation of the OAU into the AU in July 2002, the AU Commission has been presided over by four chairpersons. They are as follows:

The 21st Summit of the African Union

The 21st African Union Summit will be held on May 26-27 in the Ethiopian capital Addis Ababa. The summit's agenda includes the following articles:

1- Adopting the declaration on the 50th anniversary of the OAU/AU;

A- A report of the Peace and Security Council on activities and status of peace and security in Africa;

B- A report by former Nigerian president Olusegun Obasanjo on alternative sources of AU financing;

C- A report by Senegalese President Macky Sall in his capacity as the current chairperson of the committee of heads of state and government for steering NEPAD;

D- A report of action by the committee of heads of state and government concerned with AIDS watch in Africa;

E- A report by president of Sierra Leone Ernest Bai Koroma in his capacity as head of the committee of the ten that is concerned with the reform of the United Nations;

G- A report by President of South Africa Jacob Zuma on the outcome of a forum on dialogue between Africa and the leaders of BRICS (Brazil, Russia, India, China and South Africa) that was held in Durban, South Africa on March 27; 5- Appointing four members in the African Committee for Human and Peoples Rights;

6- Appointing four members in the Committee of African Experts for the Rights of Children and their Welfare;

7- Adopting resolutions and recommendations issued by the 23rd ordinary session of the Executive Council;

8- Adopting resolutions and declarations issued by the 21st ordinary session of the African Union conference;

9- Setting date and venue for the convocation of the 22nd ordinary session of the African Union conference.