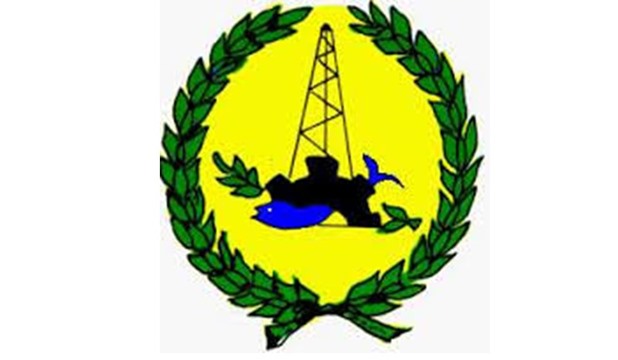 North Sinai Governorate takes up a strategic location, whether at the regional or the national level, as it is the eastern bulwark of Egypt, and links the East to the West.

North Sinai Governorate celebrates its National Day on April 25, commemorating the liberation of Sinai in 1982.

The emblem consists of many logos; the cogwheel symbolizes the industry, the olive branch refers to peace, the tower embodies refining oil wells, and the fish refers to fishing activity.

North Sinai Governorate is in the northeast of the Arab Republic of Egypt, between longitudes 32 and 34 E and latitudes 29 and 31 N. It is bordered to the north by the Mediterranean Sea by 220-km coast line, to the south by South Sinai Governorate, to the west by Port Said, Ismailia and Suez Governorates, and to the east by the international border with the Occupied Palestine.

North Sinai has a unique Mediterranean climate; it is much like desert and semi-desert climate southwards. Its temperatures range between 10 C in winter and 24 C in summer. Concerning rainfall, it decreases in the south and the west, and increases northwards.

North Sinai is principally depending on agricultural development. The total area of cultivated land in the Governorate reaches about 164 thousand acres, representing about 1.81% of the total area of agricultural lands in Egypt. Most agricultural lands are found in Delta Wadi El-Arish and east of el-Arish, where they rely on rainwater, as well as on Sheikh Jaber Canal. North Sinai is famous for its distinct agricultural production from vegetables and fruits, such as; peaches, figs, grapes, palm, olive and almond, where these exportations have attained a high competitive advantage.

There are several industry and investment opportunities in North Sinai. The most important industrial areas are; central Sinai region, and the craft industrial area in al-Masaid, and the medium-industries area in Bir al-Abed. Moreover, the Governorate is enriched with a buffer stock and huge reserves of mineral resources, which constitute a fundamental pillar for the establishment of numerous and varied industries to enhance the chances of the Governorate to promote industry. The most important industries are mineral raw materials, such as; marble, sand silicon, limestone, coal, natural gas, sulfur, yellow sand, clay, gypsum, dolomite, stony soil and salt, in addition to the high-level production of fish such as; sea-bream, sea-bass, the Mullet (family Mugilidae). Moreover, among the most important industries are the craftsmanship, such as; woven rugs, furnishings, clothing and handicrafts, as well as palm-based industries. Tourism investments include integrated services, tourist villages, hotels, marina yacht clubs, festivals, herbal medical centers and bird watching.

In the academic year 2013/2014, the number of schools reaches 564 including 24 private and 26 technical schools, in addition to 152 Azharite institutes for pre-university education. Moreover, there are five Suez Canal University’s faculties and an institute for post-graduate Studies.

North Sinai incorporates 8 palaces of culture, 23 libraries and 6 cinemas. Additionally, it embraces al-Arish National Museum, founded in 2008, comprising of 8 halls and embodying the history of Sinai through the span of primitive human, ancient, medieval and modern eras. Furthermore, the Governorate embraces the Sinai Heritage Museum, established in 1991.

North Sinai’s tourism potentials are varied according to the diversity of historical, environmental, cultural, and tourism heritages, which are exemplified in ancient roads, fortresses and historical cities. Moreover, diversified prerequisites of tourism attraction include natural and historical factors, such as transit and yacht tourisms, natural oases and bird watching. Among the most important types of tourism available in Sinai are; coastal, therapeutic, historical, religious, desert, eco-tourism, yachting and water sports tourisms).

It is considered the most important archeological site and is located about 15 km to the north of the Balouza village on the road to the East Qantara in Northern Sinai. It includes a number of important archeological hills in addition to the main area in the ancient city. The modern Excavations revealed a number of baths, a large amphitheater dating back to the Roman era, and a Roman castle persisted until the Islamic era. A number of hills, namely; Tel el-Makhzan, Tel el-Kanaes and Tel al-Shohada, lies next to the Pelusium.

The Governorate also hosts a number of archaeological hills such as; Tel al-Mahmdiat, directly located on the Mediterranean in Rommana village, and featuring some of the sunken architectural remnants on the coast, and Tel al-Karama, dating back to the Roman and Islamic eras. Additionally, it includes Tel Qasrawit which features the remnants of the city dating back to the Coptic era, and Tel el-Darawish which is one of the archaeological sites dating back to the modern dynasty of the Pharaonic era. Among other hills are; Tel Filossiat, Tel Suedat, Tel Hephen, Tel Kharoub, Tel Zeizaa, Tel Kawthar, Tel set, and Tel Aselij.

El-Maghara Castle: is located to the south of El-Arish, and is above the sea-level by 100 m approximately.
El-Haven Castle: is 20 km far from Al-Arish.

Arish Castle: is built by Sultan Suleiman the Magnificent in 1560 and is located to the south-west of el-Arish. It witnessed remarkable historical events such as the Treaty of el-Arish in 1800 between the Turks and the French campaign.

Nekhel Castle: A square-shaped five-towered castle that dates back to the reign of Sultan Qansuh Ghouri.

Katia Castle: is 65 km to the east of East Qantara on the old Royal sand Road pursued by Amr ibn al-Aas during the Islamic Conquest to Egypt. It is considered one of the most important commercial cities in the Mamluk era.

It is located in the extreme north-east of Egypt in Rafah on an area of 6 km2. It is characterized by the unique presence of sand dunes and acacia trees.