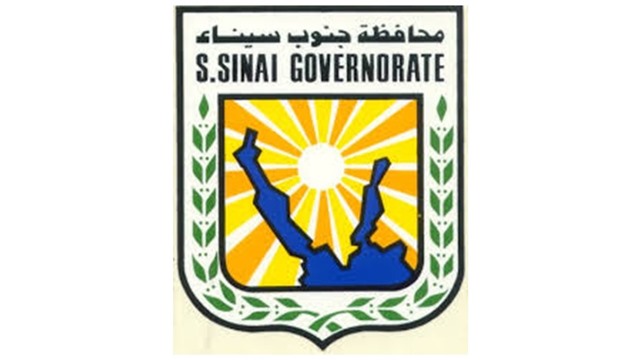 South Sinai is one of the most attractive tourist areas in Egypt. God has endowed it with the charming nature; mountains, plains, valleys and beautiful beaches, in addition to the sea water with coral reefs and rare and natural fish.

1-The most important landmarks of South Sinai Governorate

Sharm el-Sheikh is located on the Gulf of Aqaba in the southeast of the Sinai Peninsula. It is bordered to the north by the Nabq Reserve and to the south by the Ras Muhammad Reserve. It extends on the coastal strip of the Gulf of Aqaba, with a length of 5.18 km long. It has environmental, natural diverse sites, which make it the most important international and domestic tourism centers.  in addition to that, it was classified as one of the  most beautiful four Cities of the world in 2005. Moreover, the city was chosen by UNESCO as one of the most beautiful five Peace cities in the world among 400 cities .

It was named by this name because of the color of the sands of its beaches, which are golden in color when the sun touches them.  It is 100 km2 away from the city of Sharm el-Sheikh and about 87 km from the city of Nuweiba. With its beaches, the clarity of its waters, the nature that the city enjoys, the city competes with the most tourist attractions.  The city fulfils the needs of its visitors of different cultures and hobbies, where the fun is mixed with the wonderful weather and the diversity of activities which increases as we go deeper into the sea water.

An Egyptian nature reserve in South Saini.  This reserve is located at the confluence of the Gulf of Suez and the Gulf of Aqaba. The nature reserve was established in 1983. Diving and swimming are popular activities in Ras Muhammad. The eastern border of Ras Muhammad Reserve represents a rocky wall with the waters of the Gulf in which there are diverse coral reefs. Ras Muhammad area is characterized by coral beaches, colorful fish, endangered sea turtles and rare aquatic organisms. Coral reefs surround Ras Muhammad from all its sea sides and form a unique formation. The reserve is also home to many important birds and animals, such as: Nubian ibex in mountainous areas, species of small mammals, reptiles and insects, which appear only at night. The reserve is also a home to many important birds such as herons and gulls. It has an area of ​​480 km. It is characterized by very hot weather in summer and mild in winter. Therefore, Ras Muhammad was declared as a nature reserve because it contains important and highly sensitive ideological systems such as coral reefs, desert medicine environment and coastal environments. This reserve is one of the most famous Sinai landmarks.

Abu Galum area was declared a nature reserve in 1992. It covers an area of ​​500 km2, and is far from Cairo 600 km. It enjoys a diverse environment of marine reefs, marine organisms and seagrass, where its mountains and valleys abound with animals, birds and plants, making the coral area a tourist attraction for nature and safari enthusiasts, birds and animals .

The Taba area was declared as a nature reserve in 1998. It covers an area of ​​3,595 km2, and is 550 km away from Cairo. It is characterized by distinct geological formations, archaeological sites, rare wildlife, wonderful landscapes, heritage and Bedouin heights. It contains many useful plants such as acacia trees and other various species of plants, such as al-Baitran and al-Ratum, and among the animals living in the Reserve are al-Warr, Nubian ibex, wolf, hyena, deer, and others. It also includes types of wild birds .

It was  built by order of the Byzantine Emperor Justinian I (527-565 AD) in 548-565 AD to house the monks who had been living in the Sinai Peninsula since the fourth century AD. St. Catherine was martyred in the early fourth century AD, as the monastery bears her name. The monks discovered her body near Mount St. Catherine in the ninth century AD. The monastery includes multiple structures, the most important of which is the Church of the Transfiguration of Christ the Savior, which contains nine smaller churches. One of these churches is the burned church at which God spoke to the Prophet Moses. The monastery of St. Catherine also includes ten other churches, places of residence for monks, a food, an olive press, burial caskets, a 12th-century Fatimid mosque, and a library of rare books and 6000 manuscripts.

It is located at the beginning of the Gulf of Aqaba in the middle of an atoll. The fortress is 250m away from the Sinai shore, 10 km from the port of Aqaba. The castle was built of granite firestone over two large hills; a northern hill and a southern hill. Between the two hills, there is a middle plain. Each of the two hills is a stand-alone fortification capable of defending in case of the other's siege. They are surrounded by an external wall. As a first line of defense for the castle, water tanks were also dug inside the rock, providing it with all means of protection and sustenance. The citadel was established by Prince Hussam al-Din Bagel bin Hamdan. It also includes Byzantine facilities, including a lighthouse on the southern hill, established by Emperor Justinian in the sixth century AD to guide merchant ships in the Gulf of Aqaba to serve Byzantine trade.

The Pharaoh’s Bath is a sauna and a natural steam bath. It is located 5 km from the city of Abu Zenima and in the southern part of the city of Ras Sidr, 110 km from the city of Al-Tur, and a 250 km from Cairo. The bathroom is a mountain cave in which very hot sulfur water springs explode on a pond with a capacity of 3000 cubic meters per day and 15 sulfur springs flowing down the rocks whose temperature exceeds 92 degrees Celsius, making its waters the hottest. The bathroom contains sulfur water rich in mineral elements, the most important of which are sodium, which helps to heal wounds, and magnesium, which helps skin cells to restore their vitality and restore the natural color of the skin. It contains other elements such as calcium, potassium, silicon, and mineral salts. Scientific research has proven that all these elements help treat skin diseases, eye diseases, and chest diseases.

Serabit al-Khadim was named by this name for the presence of a large number of rock blocks, each of which was called “Sarbot”, meaning the standing rock, while the name of the servant refed to the statues inside the temple. Therefore, the site and the temple was known as “Srabit al-Khadim.” Serabit al-Khadim contains 387 inscriptions belonging to the middle and modern states, including about eight inscriptions from the era of the Middle Kingdom, in addition to 150 inscriptions confirming many mining campaigns during the era of the New Kingdom. It is about 1100 meters and is located in a flat area that is very similar to the hills and is located approximately 2000 meters to the south of the city of Abu Zenima.

A deep blue hole formed over millions of years in the Gulf of Aqaba, as if it was a natural painting. It is the "Blue hole", the most popular area visited by tourists and diving enthusiasts from different nationalities of the world. The depth of the Blue hole is (1000) meters and is said to be the result of a comet (Meteor) colliding with the earth and it is intended for many diving professionals to live challenging and adventurous moments. This spot is characterized by charming scenes where the mountain meets the sea water and the diversity of aquatic life; the splendor of the coral reefs and its various shapes, colorful fish, beautiful eels and dozens of types of fish. Besides, there is a tunnel connected to the sea known as the arc, which reaches a depth of 60 meters and attracts divers to enter it and exit from the other side on the open sea. It is what encourages divers to explore and search within it to discover the mystery surrounding it.

The shrine of the Prophet Aaron-Saint Catherine city

The area of ​​South Sinai Governorate is 31,272 square kilometers, which is equivalent to about 3.1% of the Republic's area.

The population of South Sinai Governorate is 170,987 people, according to the 2021 statistic issued by the Central Agency for Mobilization and Statistics.

The logo of South Sinai Governorate is dominated by the golden color that symbolizes the sun and its golden rays that flood the land of the governorate throughout the years. The blue color symbolizes the waters of the Red Sea and the Gulfs of Suez and Aqaba, and the green color is represented by the olive branch, the symbol of peace.

South Sinai Governorate celebrates its National Day on March 19 of each year, which coincides with the day the Egyptian flag was hoisted on Taba, which was the last part of Egyptian land recovered from the Israeli occupier.

-Nuweiba: It includes the two cities (Nuweiba and Taba).

-Ras Sidr: It includes the city of Ras Sidr.

-The Nuweiba Center is the largest in the governorate, followed by the Abu Rudeis Center.