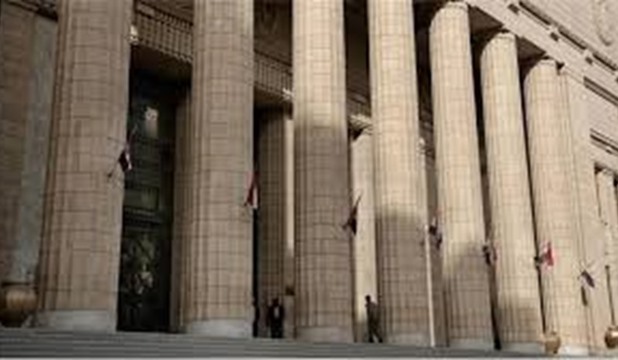 Explaining its verdict, the court issued a broad denunciation of the group. It said that since its founding, the Brotherhood group used Islam as "a cover to activities that violate Islam and its rulings. It violated the rights of citizens." It said that while Morsi was in power," citizens lost their basic rights for social justice and security" and that under it "Egyptians found only repression and arrogance."

The ruling came in a suit raised by an individual lawyer from the leftist Tagammu party, accusing the Brotherhood of being a "terrorist" and "exploiting religion in political slogans." The court did not address the terrorism accusation, beyond calling on al-Azhar, the Sunni world's premier religious authority, to confront "extremist thought that supports terrorism."

Several other courts are looking into similar suits. Egypt's Administrative Court is looking into legality of the group's registered non-governmental organization. A non –binding panel of judges recommended the NGO be banned and their premises be closed on the grounds that it is operating outside law.

The MB group insists its protests are non-violent. However, dozens of churches and police stations came under attack by suspected supporters of Morsi and armed Morsi supporters exchanged gunfire and clashed with security forces in two Islamist strongholds.

MB has great network of businesses, school, hospitals and charities receiving money from abroad that have been the foundation of its political power. That network provided it with financing and recruiting while the group was underground, the links throughout the network are often unclear, with individual Brotherhood members holding ownership.

Freedom and Justice Party was officially founded on 30 April 2011, the legal affairs related to the party follow a different legal track than that of the group.