Clarification issued by HRW regarding Egypt 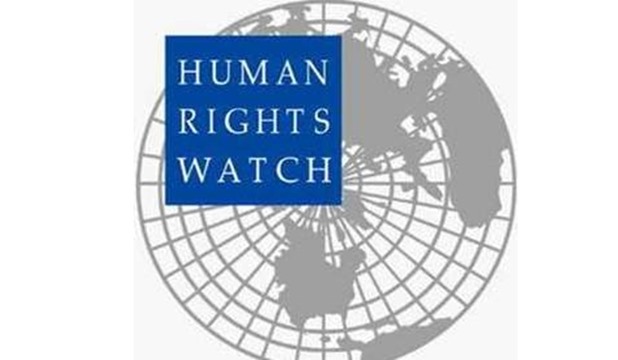 Human Rights Watch (HRW) issued on Thursday 21/8/2014 a clarification about the statements of a witness cited in the August 12, 2014 report, “All According to Plan: The Rab’a Massacre and Mass Killings of Protesters in Egypt.” The clarification concerns the time of day when the witness, Maged Atef, said he witnessed the shooting of a police officer in Rab’a square on August 14, 2013.

HRW also cited an interview with Nasser Amin, lead author of the National Council for Human Rights (NCHR) report on Rab’a, who said that Atef, in his interview with the NCHR, had stated that he saw the police officer shot at around 11 a.m. HRW shared this part of the report with Amin ahead of the release to ensure that he had been accurately quoted and Amin did not correct it.

Because of these discrepancies and lack of additional evidence, HRW stated in its report that it “could not corroborate Atef’s account.”

Page 40 of the report has been revised to make clear the inability only to corroborate the timing of the incident and to eliminate any suggestion that HRW did not find Atef’s statements credible.

On the contrary, HRW found Atef’s statement to be an important source of evidence that some protesters fired on security officers. The language now reads: “HRW cannot establish precisely when the shooting took place.”