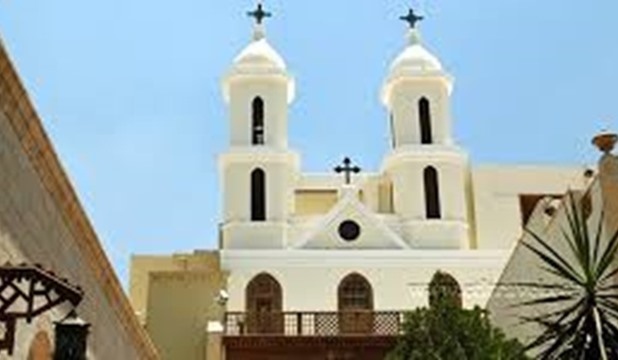 The Hanging Church is one of the oldest churches in Egypt and the history of a church on this site dates to the 2nd century AD. 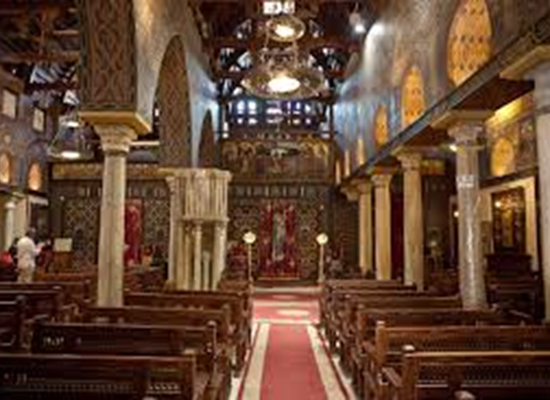 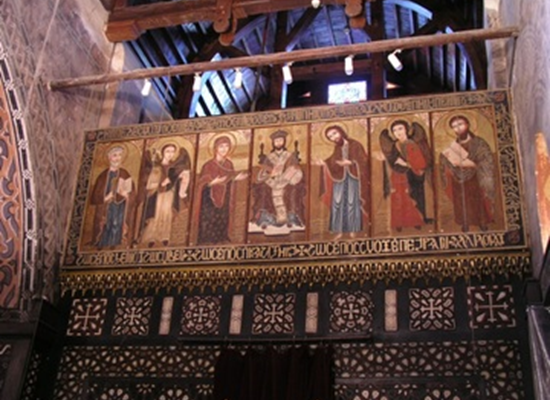 The entrance from the street is through iron gates under a pointed stone arch. The nineteenth-century facade with twin bell towers is then seen beyond a narrow courtyard decorated with modern art biblical designs. Up the steps and through the entrance is a further small courtyard leading to the eleventh-century outer porch. 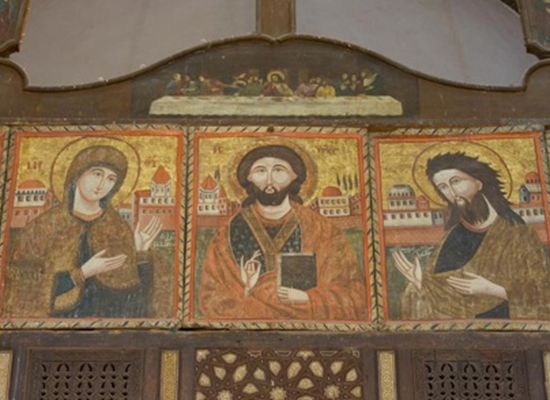 
There is also a fresco on the eastern wall of the chapel showing the Nativity (the birth of Christ) and the mid wife Salome, next to it a second fresco of 24 men of the apocalypse. Furthermore, on the first floor there is a church dedicated to St. Mark. 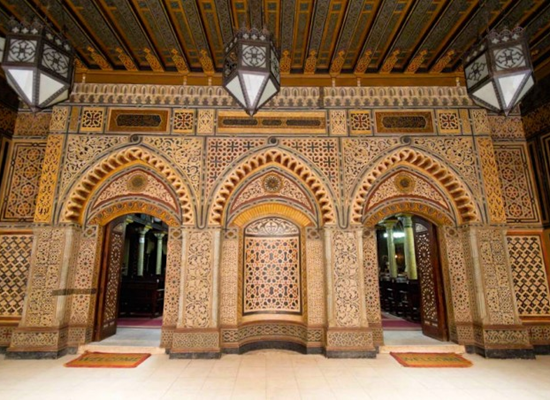 The Seat of the Coptic Orthodox Pope of Alexandria was, historically, Alexandria, Egypt. But as ruling powers moved away from Alexandria to Cairo during Pope Christodolos's tenure, Cairo became the fixed and official residence of the Coptic Pope at the Hanging Church in 1047. 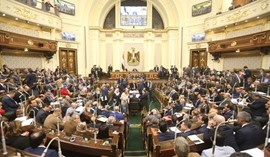 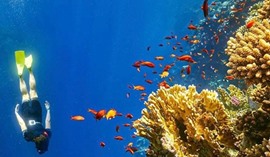 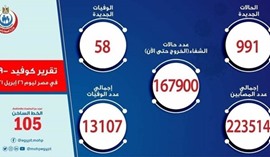 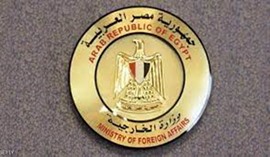