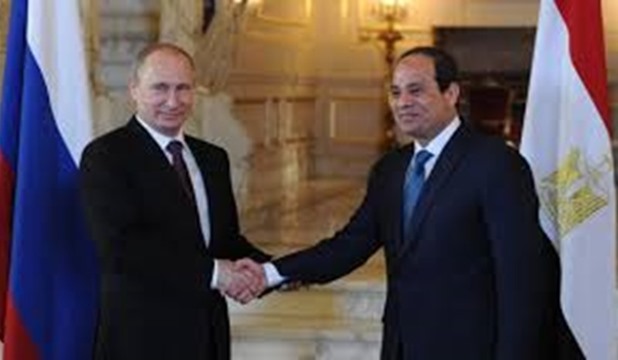 
Cairo-Moscow relations date back to the fifties of the last century. The Egyptian-Russian friendship contributed in constructing many projects as the High Dam.


There are about 94 huge economic and development institutions constructed in Egypt in cooperation with Russia. This visit aims, among other things, at raising the efficiency of about 20 of them.


Bilateral talks aim to enhance relations in tourism, education, military, economic, trade and investment field to support Egypt Economic Development Conference which will be held in March 2015. There will be an opportunity before the Russians to invest in several projects in Egypt.


The two leaders also exchanged views on the current regional situation, especially the situation in Iraq and Syria. They also discussed ways to push forward the peace process between the Palestinians and Israelis.