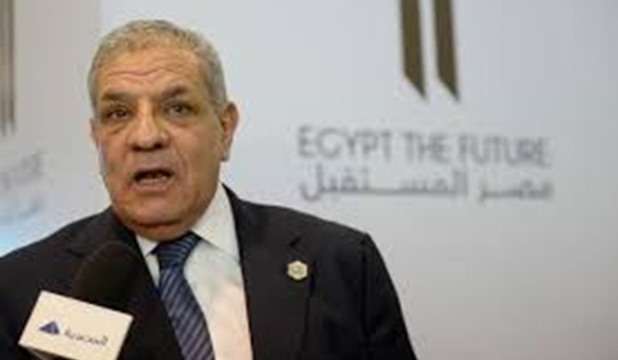 At the closing session of Egypt Economic Development Conference (EEDC) on Sunday 15/3/2015 Prime Minister Ibrahim Mahlab addressed the gathering. He said "I am talking to you today not in my capacity as the prime minister of Egypt but as an Egyptian citizen who was destined to be an official in this phase.


"When we see the world countries coming to take part in the conference, we feel the value of Egypt as a country of civilization. The world's support for Egypt emanates from their awareness of its value and their faith that the stability of Egypt guarantees the stability of the whole world. They are keeping an eye on Egypt at this stage", said Mahlab adding that "We are moving along the right path. The world is siding with peace, security and humanity and Egypt is the country of peace, security and humanity", said the Egyptian prime minister. "The Egyptian people have no room in their hearts for hatred. This is why Allah will side with them until they emerge victorious against all enemies", added Mahlab.


"When President Abdel Fattah El Sisi said at the closing session that this conference is the arm of Egypt, this means that we, as the body of Egypt, are required to work hard and to be up to the level of challenge. We have no other option but to be serious and work for eliminating all forms of corruption or negligence", added the prime minister.


He added that "We have an army that was sent to us by Allah and we have great policemen who managed to a great extent to defeat terrorism", said Mahlab, adding that "We will completely purge Egypt from terrorism and defend the whole world and defend Islam against any fierce attack through our thoughts and our Azhar and the moderate teachings of our religion", he added.


Mahlab extended thanks to all Arab brothers who assisted Egypt and have never been late in their support. "Saudi Arabia has floated the idea of holding the economic conference", said Mahlab adding that the idea was put forth by late Saudi king Abdullah bin Abdel Aziz. The continued support of the United Arab Emirates will never be forgotten by the Egyptian people, said Mahlab. As for Kuwait, the Egyptian premier highlighted the participation of its Emir himself in the conference, noting that this move by the Kuwaiti Emir has touched the heart of every Egyptian. Mahlab also made reference to the stances of Oman, Bahrain and Jordan along with other Arab countries that took part in the conference, including Palestine; whose legitimate cause, added Mahlab, will remain supported by Egypt.


The prime minister addressed the participants saying "We will always remember you over the coming years as you who will implement the Egyptian experiment. We have the people that are equipped with strong will and the honest and strong leader who loves his country and has a vision for change".


These figures are not only expressing funds but rather development projects that will be implemented immediately. "We have to work day and night", said Mahlab urging every official not to rest. The whole world should recognize shortly what is the Egyptian experiment with its strong will and determination, said Mahlab, adding that this conference constitutes a challenge not only to the government but to the whole Egyptian people as well, who should be up to the level of challenge. He added that there is no room for rest. A Cabinet meeting was held at 4:00 pm today during which the ministers concerned were entrusted with forming a working group in the ministry of investment for following up on daily basis the implementation of the projects that were agreed upon at the conference.

The government will do its job, he said, adding that as of today "We will keep up what has been agreed upon and we have the determination and strong will to implement these projects", he added. Mahlab urged the Egyptian people, and especially the youths, to work in unison for this nation to hand over to the whole world the Egyptian experiment in the domains of housing, transport, administrative reform and industry along with other fields. He added that "We welcome constructive criticism as this criticism contributes to improving work and make up for any drawback or shortcoming. It also helps settle problems".

In conclusion, he said that Egypt the country of peace is sending from Sharm El Sheikh the city of peace a message of amity and peace to all humanity.