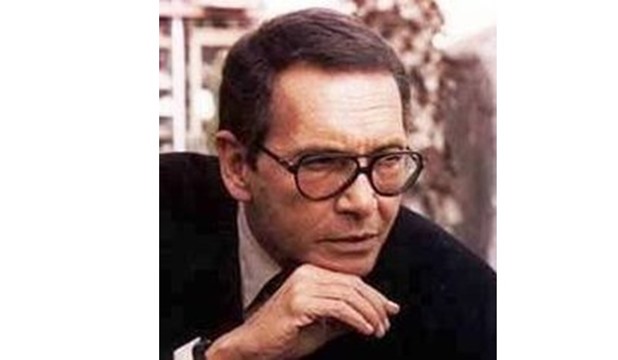 More than three decades ago, Shadi Abdel-Salam, stirred the amazement of the western world when he introduced his film Al-Momiaa otherwise known as The Night of Counting The Years. Art critics knew then that a new phenomenon in the Egyptian film industry was unfolding before their eyes.
Reviving awareness of the ancient Egyptian heritage was Shadi Abdel-Salam's life's work. He believed that only by reconnecting the link in their distant past could the modern Egyptians muster the vision and inspiration necessary to launch them on a new path. He chose the cinema as the medium to convey his ideas and thoughts, and through his film, The Night of Counting The Years (Al-Momiaa), his mission was fulfilled. Shadi Abdel-Salam also left his mark in the field of decoration and costume designs, which were presented in the dozen movies he had produced since his graduation from the Faculty of Fine Arts in 1954. These included: Wa Islamah, Antar ibn Shaddad, Almaz wa Abdu El Hamouly, El Khataya, Shafiqa El-Copteya, Rabi’a Al-Adaweyya, Amiret El-Arab, Amir El-dahaa, Bein El Kasrein, El Seman wal Kharif and Adwa’ El-Madina. In addition, he acted as a history consultant for the prospects and costume of the Polish film "Pharaoh" directed by Kawalerowicz.

To honor his outstanding accomplishments, a permanent exhibition has been dedicated to the personal literary, cinematic works and paintings of the celebrated Egyptian director, production designer and film-maker, Shadi Abdel-Salam.

Biography
•Born in Alexandria on March 15, 1930.
•Graduated from Victoria College, Alexandria, 1948.
•Studied Theater Arts in England from 1949 to 1950.
•Graduated as an architect from the Faculty of Fine Arts, Cairo, 1955.
•Worked as assistant to the artistic architect, Ramsis W. Wassef, 1957.
•Designed the decorations and costumes of some of the most famous historical Egyptian films: Wa Islamah, El-Nasser Salah El-Din, Almaz wa Abdu El Hamouly.
•Directed the long drama film entitled The Night of Counting the Years (Al-Momiaa), 1968-1969, and received many film awards for this work. Also directed the short drama film entitled (The Eloquent Villager).
•Worked as the Director of the Ministry of Culture Center for experimental films, 1970.
•Passed away on October 8, 1986.