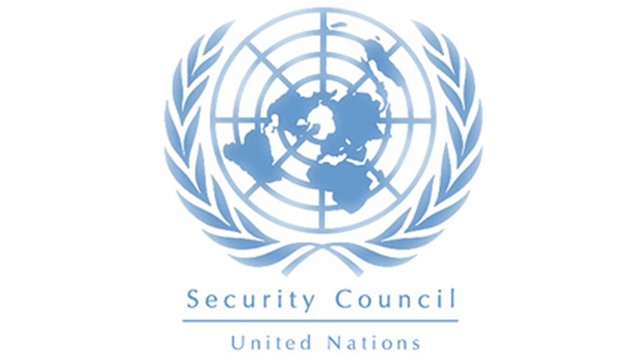 Egypt's winning a non-permanent seat on the United Nations Security Council on 15 October,2015  comes as a culmination of efforts exerted by President Abdel Fattah El-Sisi during tours abroad and audiences at home. It is also the end result of contacts and meetings held by Egyptian top diplomats at both the regional and international levels.

Despite regional backing, Egypt had to lobby hard to garner support, needing two-thirds of votes from the 193-nation General Assembly to win the seat.

As a newcomer, Egypt will begin its two-year stint on January 1.

The 15-member council includes five permanent members; Russia, the US, China, France and the UK.

Japan, Senegal, Ukraine and Uruguay were also running for the seats after regional groupings put them forward as their choice.

The newcomers will be joining the other five non-permanent council members: Angola, Malaysia, New Zealand, Spain and Venezuela.

The UN Security Council is tasked with maintaining peace and security worldwide, and has the power to authorize military action, impose sanctions and establish peacekeeping operations.

Under the Charter, the Security Council has primary responsibility for the maintenance of international peace and security. It has 15 Members, and each Member has one vote. Under the Charter, all Member States are obligated to comply with Council decisions.

The Security Council takes the lead in determining the existence of a threat to the peace or act of aggression. It calls upon the parties to a dispute to settle it by peaceful means and recommends methods of adjustment or terms of settlement. In some cases, the Security Council can resort to imposing sanctions or even authorize the use of force to maintain or restore international peace and security.

The Security Council also recommends to the General Assembly the appointment of the Secretary-General and the admission of new Members to the United Nations. And, together with the General Assembly, it elects the judges of the International Court of Justice.

These ten non-permanent members are elected by the General Assembly for two-year terms starting on 1 January, with five replaced each year. To be approved, a candidate must receive at least two-thirds of all votes cast for that seat, which can result in deadlock if there are two roughly evenly matched candidates. In 1979, a standoff between Cuba and Colombia only ended after three months and a record 154 rounds of voting; both eventually withdrew in favor of Mexico as a compromise candidate. A retiring member is not eligible for immediate re-election. 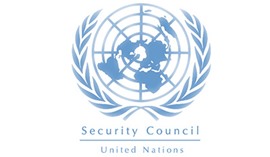 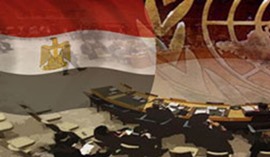 Egypt chairs UNSC in May