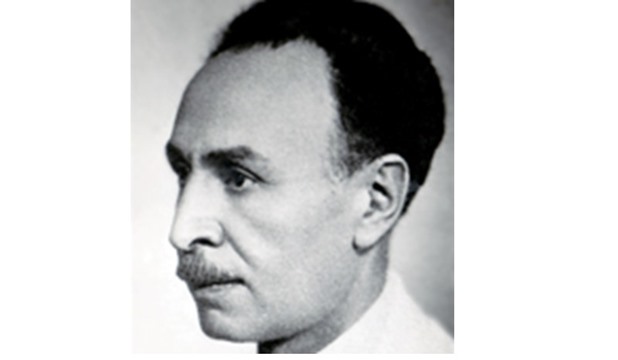 Born on 17 January, 1888, Nagi studied music and painting at an early age. He was good at playing violin and lute. His poetic and literary talents bloomed as he began reading Egyptian folk tales. His talents found expression in the words he wrote, the paintings his brush drew and the chords he touched.

Nagi studied law in Lyon, France, in the period 1906-10. He is the first Egyptian artist to study arts in the Academy of Fine Arts in Florence, Italy, from 1910 to 1914. There he had the opportunity of studying under the pioneer of the European Impressionist school Claude Monet (1840-1926).

The nationalist movement at the beginning of the 20th century motivated Nagi to work hard and his enthusiasm found expression in the exquisite paintings he made during that period.

Nagi's ‘Egypt Renaissance', for which he was awarded the gold prize from Salon du Paris, and the five murals, Ancient Egyptian medicine, Arab medicine, Folk medicine and the Inauguration of Mohamed Ali, show a perfect balance between world modern artistic trends and the Egyptian identity.

Nagi launched and pursued vigorous campaigns for saving the Egyptian monuments threatened with inundation such as the Temples of Philae in 1947 and Abu Simbel in 1957. He wrote articles in world newspapers and magazines and gave several lectures in Egypt and abroad to gain more support.

During his stay in Europe, Nagi was keen on establishing direct and close ties with different world cultures.

Nagi is the founder of Alexandria Atelier for Artists and Writers in 1935, Cairo Atelier in 1952, Arts Club in 1941 and Artists Studio in Al-Qurana village in Luxor in 1941.

He is the first Egyptian to hold the position of principal of the Cairo-based Higher School of Fine Arts. Nagi was also appointed director of the Cairo-based Modern Art Museum in the period 1939-47 and the Rome-based Egyptian Arts Academy from 1947 to 1950.

After his death, Nagi's atelier was turned into a museum housing all his masterpieces.

Nagi set a fashion for his contemporaries and following generations. His artistic technique is, however, unique. It shows depth and immortality.