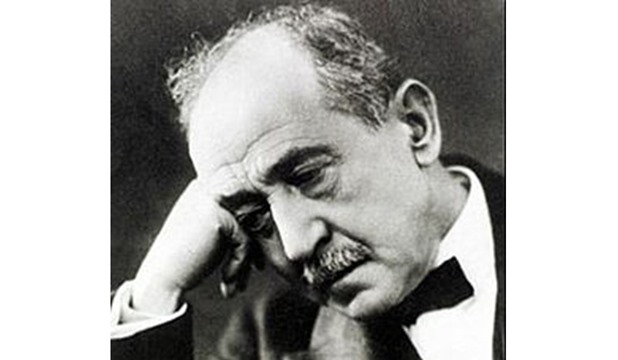 Ahmed Shawqi an Egyptian poet and dramatist who pioneered the modern Arab literary movement, most notably introducing the genre of poetic epics to the Arab literary tradition. Shawqi also produced distinctive poetry that is widely considered to be the most prominent of the 20th century Arab literary movement. His family (Kurdish Origin) was prominent. He finished law school, obtaining a degree in translation. Shawqi was then offered a job in the court of the Khedive Abbas II.

After a year working in the court of the Khedive, Shawqi was sent to continue his studies in Law at the Universities of Montpellier and Paris for three years. While in France, he was heavily influenced by the works of French playwrights, most notably Molière and Racine.

He returned to Egypt in 1894, and remained a prominent member of the Arab literary culture until the British forced him into exile in southern Spain, Andalusia, in 1914. Shawqi remained there until 1920, and then returned to Egypt. In 1927 he was crowned by his peers as the Prince of Poets in recognition of his considerable contributions to the literary field.

Majnun Laila (The Crazy about Laila)

The Death of Cleopatra

Poetry
Ash-Shawqiyyat, his selected works, in four volumes, including Nahj al-Burda, a tribute to prophet Muhammed
A long poem about the History of Islam, named The States of Arabs and the Great Men of Islam.

Shawqi wrote several novels. He also wrote chapters of prose, as he called them, about several and unrelated subjects, and collected them under the title: the Markets of Gold.