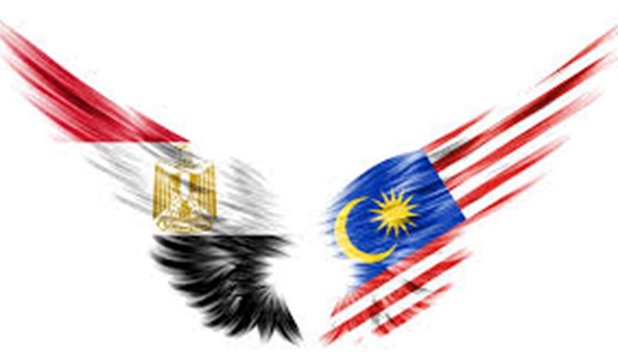 On the Economic level, in 1962 Egypt and Malaysia signed a trade agreement and in 1991 the Egyptian Commercial Bureau was opened in Kuala Lumpur. In 1997 the economic issues were top priorities of the Egyptian-Malaysian relations. Ex-president Mubarak visited Malaysia to attend the 7th summit of the Group of 15 (G-15) in Kuala Lumpur, where Egypt and Malaysia signed 9 agreements on technical and trade cooperation. Egypt is one of the most important trade partners of Malaysia in the Arab World, due to the remarkable activities by the Malaysian businessmen and their keenness to find available export opportunities to Egypt, in addition to the opening of office for the Malaysia External Trade Development Corporation (MATRADE) in Cairo.

The volume of trade exchange during the second quarter of 2009 increased to 441.3 million dollars and the Egyptian exports do not exceed 15 million dollars.

The volume of trade exchange between the two countries in 2014 reached $ 1bn.

Joint Sub-Committee on Trade and Investment:

The Joint Sub-Committee for Trade and Investment between Egypt and Malaysia (of the Egypt-Malaysia Joint Committee) was held in Cairo from 7-8 October 2009, during which the Ministers of Commerce and Industry of the two countries chaired the Committee. This came during the Malaysian Minister of International Trade and Industry, Mustafa Mohamed’s visit to Egypt in October 2009.

Investments
Malaysian investments in Egypt are represented in the following projects:

The investments of Petronas the national Malaysian company for petroleum and natural gas in Egypt.
- Three projects worth $ 20mn in the fields of:
- Palm oil storage in Suez
- Cars body manufacturing project in Tenth of Ramadan
- Wood industry project in Damietta

A joint share worth $ 3.5mn for refining and manufacturing edible oil, margarine and cocoa butter.

A joint share of edible oil production worth US $ 6.8 million.
The investment of the Malaysian Proton Company in Egypt for assembling car parts.

The volume of Malaysian investment in Egypt since 2005: one million dollars worth)

The visit made by the Minister of investment to Malaysia in 2008 resulted in:

Signing a Memorandum of Understanding between General Authority For Investment and Free Zones (GAFI) and Malaysian Investment Development Authority (MIDA), to explore means of enhancing  economic cooperation between Egypt and Malaysia, and exchange of information on possible areas of investment in both countries.

Discussing the alternatives for Egypt's membership in the Islamic Financial Services Board (ISFB).

Agreeing on the importance of using the expertise of AMAN Advisory Board of the Supreme Council of Islamic Finance Services in the field of establishment of a regulatory legislation for the issuance of sukuk.