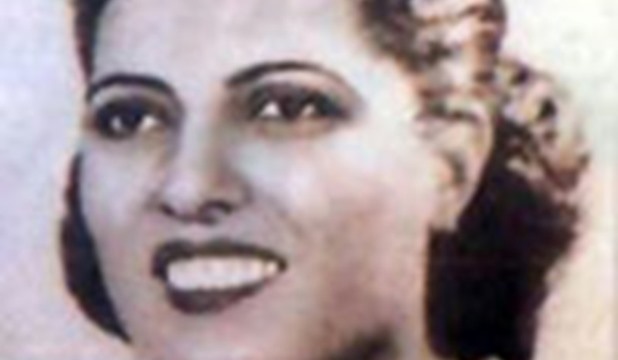 Samira Moussa is the first Egyptian nuclear scientist and the first woman to work at Cairo University. She was named "Miss Curie of East”, in relative to Polish physicist Marie Curie.

One of her professors at Bedford University, in his scientific report to the Cairo University, said that the scientific experiments of Samira Moussa may change the face of humanity.

She was an Egyptian nuclear scientist who held a doctorate in atomic radiation and worked to make the medical use of nuclear technology affordable to all. She organized the Atomic Energy for Peace Conference and sponsored a call for setting an international conference under the banner "Atoms for Peace".

Moussa was born in Egypt in Gharbia Governorate in 1917. Her mother died of cancer; her father then moved with his daughter to Cairo and invested his money in a small hotel in the El-Hussein region. At the insistence of her father, Moussa attended Kaser El-Shok primary school, one of the oldest schools in Cairo. After she completed her primary education, she joined the Banat El-Ashraf school, which was built and managed by Nabawya Moussa, the famous political activist.
Despite the fact that Moussa got high grades in her secondary education, and could have gotten into engineering, she insisted on joining the Faculty of Sciences at Cairo University. In 1939, Moussa obtained a BSc in radiology with first class honors after researching the effects of X-ray radiation on various materials.
Dr. Moustafa Mousharafa, the first dean of the faculty, believed in his student enough to help her become a remarkable lecturer at the faculty. Afterwards, she became the first assistant professor at the same faculty and the first woman to hold a university post, being the first to obtain a PhD in atomic radiation.
Nuclear Research
Moussa believed in "Atoms for Peace" and said "I'll make nuclear treatment as available and as cheap as Aspirin". She worked hard for this purpose and throughout her intensive research, she came up with a historic equation that would help break the atoms of cheap metals such as copper.

She organized the Atomic Energy for Peace Conference and sponsored a call for setting an international conference under the banner "Atom for Peace", where many prominent scientists were invited. The conference made a number of recommendations for setting up a committee to protect against nuclear hazards, for which she strongly advocated. Moussa also volunteered to help treat cancer patients at various hospitals especially since her mother went through a fierce battle against this disease.

Visit to the United States
Moussa received a scholarship from the Fulbright Atomic Program in order to be acquainted with the modern research facilities at California University. In recognition of her pioneering nuclear research, she was given permission to visit the secret US atomic facilities. She turned down several offers that required her to live in the United States and to be granted the American citizenship saying "Egypt, my dear homeland, is waiting for me”.

On August 5, 1952 after her first visit to America she intended to return home, but she was invited on a trip. On the way, the car fell from a height of 40 feet, which killed her immediately.