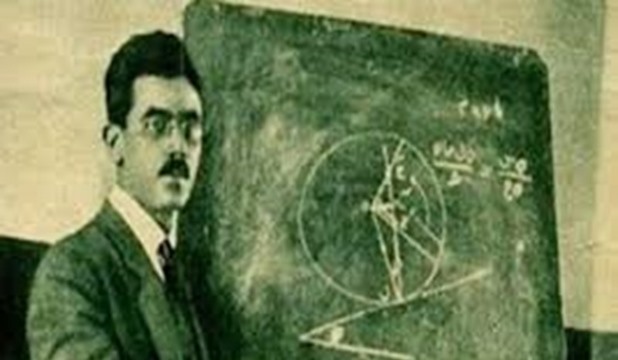 He was an Egyptian theoretical physicist. He was professor of applied mathematics in the Faculty of Science at Cairo University, and also served as its first dean.
He contributed to the development of the quantum theory as well as the theory of relativity and corresponded with Albert Einstein.

He was the youngest student in his class, but the most knowledgeable. He obtained his primary certificate in 1910 ranking first nationwide. At the age of 16 he obtained his Baccalaureate in 1914 to become the youngest student at that time to be awarded such a certificate. He preferred to enroll in the Teachers' College rather than the Faculties of Medicine or Engineering due to his deep interest in mathematics.

He graduated in 1917. Due to his excellence in mathematics, the Egyptian Ministry of Education sent him to England where he obtained BSc (Honors) from the University of Nottingham, 1920.

The Egyptian University consented to grant Mosharafa another scholarship to complete his doctoral thesis. During his stay in London many of his scientific researches were published in prominent science magazines. He obtained a PhD in 1923 from King's College London in the shortest possible time permissible according to the regulations there. In 1924 Mosharafa was awarded the degree of Doctor of Science, the first Egyptian and 11th scientist in the entire world to obtain such a degree.
Academic career
When he returned home he became a teacher in the Higher Teachers' college. When the University of Cairo was opened in 1925, he became an associate professor of mathematics in the Faculty of Science because he was under the age of 30, the minimum age required for fulfilling the post of a professor. In 1926 his promotion to professor was raised in the Parliament, then chaired by Saad Zaghloul. The Parliament lauded his qualifications and merits which surpassed those of the English dean of the faculty and he was promoted to professor.

Scientific achievements
Over the 1920s-1930s, he studied Maxwell's equations and the special relativity and he had correspondence with Albert Einstein.
Mosharafa published 25 original papers in distinguished scientific journals about quantum theory, the theory of relativity, and the relation between radiation and matter. He published around 12 scientific books about relativity and mathematics. His books, on the theory of relativity, were translated into English, French, German and Polish. He also translated 10 books of astronomy and mathematics into Arabic.

Musharafa was interested in the history of science, especially in studying the contributions of Arab scientists in the Middle Ages. With his student M. Morsi Ahmad, he published al-Khwārizmī's book The Compendious Book on Calculation by Completion and Balancing (Kitab al-Jabr wa-l-Muqabala).

He died January 15, 1950. International Scientific circles have never been so deeply moved at the death of an Egyptian scientist as they were at the death of the Egyptian genius Dr. A.M. Mosharafa.