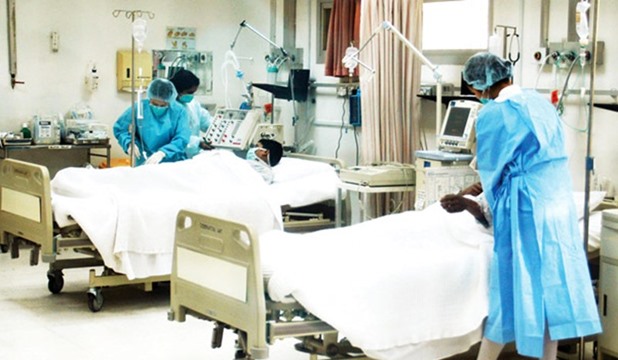 Egypt is one of the pioneering countries that paid due attention to health care. In this vein, ancient Egyptians excelled in the fields of medicine and medication. This was clearly shown on the inscriptions depicted on the temple walls showing that they used medicinal plants in curing diseases. Moreover, during the ancient times, various medicinal sectors including gynecology, ophthalmology, orthopedics, anatomy, physiology and mummification had appeared.

When Ahmed Ibn Tolon ruled Egypt, he paid special care to the patients. He established the first hospital (Bimaristan) in the south and provided the doctors, pharmacists and medicine for curing the sick. In 577 A.H. (1181 A.D.) and during Salah al-Din era, special hospitals were built in Alexandria and Cairo that were called (time-honored Bimaristan).

Egypt is exerting strenuous efforts in providing health services for all Egyptians through an integrated system for health care that would realize an overall coverage to the essential health services. This should be done through establishing primary health care units, upgrading the public and health insurance hospitals and extending health insurance coverage to include all citizens.

Such rights are entrusted according to Article 18 of the Constitution that stipulates:  Every citizen has the right to health and to comprehensive health care which complies with quality standards. The State shall maintain and support public health facilities that provide health services to the people, and shall enhance their efficiency and their equitable geographical distribution.

The Article compels the state to allocate a percentage of government spending to health equivalent to at least 3% of Gross National Product (GNP), which shall gradually increase to comply with international standards.

It also compels the state to establish a comprehensive health insurance system covering all diseases for all Egyptians; and the Law shall regulate citizens' contribution to or exemption from its subscriptions based on their income rates.

It also states that refusing to provide any form of medical treatment to any human in emergency or life threatening situations is a crime.

Performance Indicators in the Health Service Sector of 2013/14:

-             The Ministry of Health and Population, in cooperation with the World Health Organization (WHO) in Cairo, declared a new 5-year action plan (2014-19) that includes 3 million citizens for the prevention of blindness and blurred vision under the theme “be sure to check your eyes.” This plan includes five principles and methodologies so as to increase the comprehensive Ophthalmology services.[1]

-             Total number of citizens who are freely offered immunization services through  the Ministry of Health’s expanded immunization program reached 14 million, with a total cost of LE 500 million.

Egypt is working hard on combating contagious diseases such as the Hepatitis C Virus (HCV) and poliomyelitis through launching national immunization campaigns and treatments:

The Ministry of Health and Population started receiving the Hepatitis C patient’s requests for medical treatment with the new drug in the second half of September 2014.  Patients started receiving the medication as of mid October 2014 through 8 centers; to reach 26 centers within three months. This new medication is expected to cure 200,000 cases per annum. Total amount of expenditure on Hepatitis C treatment reached LE 250 million during the period from July 2014 till the end of March 2015. By the end of September 2015, expenditure is expected to reach LE 350 million.

2- A New Campaign to Immunize 15.5 Million Children against Polio

On March 31, 2015, the National Polio Immunization Campaign was launched to immunize 15.5 million Egyptian and non-Egyptian children under the age (1 day-5 years) during the period 19-22 April, 2015 so as to preserve Egypt as a polio-free country.

It is well known that the last polio case in Egypt was registered in 2004. In 2006, the World Health Organization (WHO) declared Egypt a polio-free country.

The National Polio Immunization Campaign started in all Egyptian governorates as of April 19, 2015 for four days, with the participation of 100,000 persons who are prepared, trained and provided with 18 million doses of polio drops to immunize all targeted children.

Other Achievements and Indicators:

-   A number of 31 hospitals in Cairo and other governorates are currently under development. Hospital automation is currently under study so as to form a database for the patients, diseases and means of treatment.

-   In January 2014, 59 hospitals, out of 438 governmental hospitals were developed to offer suitable health services for the Egyptians. This comes within the framework of the hospitals development program that should be implemented all over the governorates.

-   On May 17, 2014, the Air Force Specialized Hospital was opened in New Cairo with an accommodative capacity of 400 beds.  In mid 2014, the foundation stone of a new university hospital with a total cost of LE 30 million was laid in the new Beni Suef, east of the Nile on an area of 25,000 m.

-   Ministry of Health and Population declared that 50% of the total number of main health units, mounting to 5000 unit, has been established. The rest of the units are expected to be completely established before June 2017.

-          A number of 7 quays for river ambulance were established in Cairo, Luxor and Aswan. Furthermore, a cooperation protocol with the Ministry of Defense has been signed to activate the Air Ambulance Service.