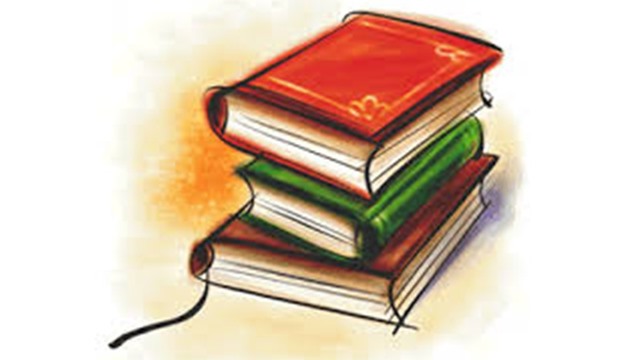 - The 30th Writers General Conference held in Aswan Governorate on December 6-9, 2015. The conference entitled “Towards a Culturally Active Foundation”. A Large numbers of Egyptian novelists, poets and writers participated in it. This edition is dedicated to honor Egypt's late novelist Radwa Ashour.
- Egyptian novelist Bahaa Taher has won the Award for Best Arab Novel at the 6th edition of the International Symposium on Arabic Fiction, which is worth 200,000 Egyptian pounds. This year's edition of the Symposium was dedicated to the memory of the late novelist Fathi Ghanem; in recognition of his contribution to Arab literature.
- The Supreme Council of Culture held the 1stSymposium of African Woman, entitled "Towards a new image of African Woman in Media". The Symposium was held in cooperation with "The African Woman Club" and "Egypt's Women Media Personnel Union", with the participation of 12 countries.
- The Supreme Council of Culture originated the Arabian evenings included the Arab innovations in literature and art, started by "An evening entitled “ IN THE LOVE OF SUDAN" in cooperation with the cultural salon of "The Land of Gold".
- The Arab Narration Permanent Forum held a conference entitled "Woman and Narration after the January 25 Revolution", and also named after the late author "Radwa Ashour". The forum reflected the artistic approaches of the new writing trends and their interactions with the recent Arab revolutions. It also documented the narrative innovations of the Egyptian woman in the novel, short story and autobiography.
- The Supreme Council of Culture announced State Awards for the year 2014. Renowned actress Samiha Ayoub won Nile Award in Arts, renowned novelist Gamal El-Ghitany won the Nile Award in Literature and the Social Sciences Award given to Dr. Hassan Hanafi.
- Inauguration of the National Library Digital Service Hall. That contains 1200 books, 2600 periodicals, 1300 manuscripts and 700 musical notes. It aims at making the electronic content of the Egyptian intellectual and cultural heritage available, in addition to protecting it from damage.
-The 46th Cairo International Book Fair (CIBF) was opened during the period January 28, to February 12, 2015 under the theme of “Culture and Innovation” with the participation of 26 countries represented by 850 publishers. Saudi Arabia was the guest of honor.
- Egypt was chosen as Book World Prague's 2015 guest of honor. Egypt participated in the event with its most recent translated publications, besides its cultural and artistic activity. A number of Egyptian authors and intellectuals took part in the event.  The two sides inked an executive program for joint cultural cooperation for the years 2015/2018.
- A Memorandum of Understanding (MoU) was signed to consider 2016 as the Egyptian-Chinese cultural year. The cultural year includes many artistic activities that represent the cultures of the two countries.
- The Egyptian Academy of Arts in Rome launched its new cultural season of 2015-2016 by a number of activities. These activities reflected the current Egyptian cultural movement and the Egyptian cultural and civilization vision.
- The Russian-Arab International Cultural Conference for Communication was inaugurated in the National Library. The conference was called "The Russian Orientlists and the Arab Culture". In the conference, three senior authors who were known to be interested in the orientalism and the Arab-Russian relations were honored. The honored authors are Dr. Somaya Affifi, Dr. Aughnatius Krachkofski and Sheikh Mohamed Ayyad Al-Tantawi.
- The General Authority for Cultural Palaces participated in the activities of the Arab Youth Festival for Culture, Art and Reviving Heritage which was organized by the Arab Youth Council for Integrated Development in cooperation with the Arab League Secretary General and the ministries of youth and sport, tourism and culture. The participation in the festival, which was held in Sharm el-Sheikh, included holding exhibitions of art and traditional crafts.
- Within the framework of the annual celebration organized by the Arab Manuscripts Institution, the Center for Documentation of Cultural and Natural Heritage (CultNat) organized a celebration for the Arab Manuscript Day. The celebration aims at shedding light on the manuscripts as an important historical resource for knowing the historical truths, in addition to the scientific and intellectual features of the age they reflect.
- In execution of the initiative of Ruler of Sharjah Sheikh Sultan bin Mohammed Al Qasimi regarding the establishment of poetry houses in the Arab countries in recognition of the Arab poets and poetry and to maintain their standing in the cultural circles, the Arab poetry house was announced to be established in the city of Luxor in Egypt.
- The First Arab Poetry Day was held in Cairo. The event was organized by the Arab League Educational, Cultural and Scientific Organization (ALECSO) in collaboration with the Egyptian Ministry of Culture and Al-Ahram establishment.
- In cooperation with Abdul Aziz Saoud Al-Babtain Foundation in Kuwait, the Bibliotheca Alexandrina Cairo-based Sennary House holds the “Andalusia Day”.


• The Faculty of Dar Al Uloom issued a commemorative book for Dr. Al-Taher Mekky on his 90th anniversary.

• - The National Library honored Dr. Hussein Nassar for reaching the age of 90 amid his students and fans.


• - General Egyptian Book Organization (GEBO) held a ceremony for the poet Ahmed Abdul-Moe'ty Hegazi for reaching the age of 80.


-  The Supreme Council of Culture celebrated the centenary of the birth of the late thinker Louis Awad by holding a symposium entitled "Louis Awad as Contemporary Thinker" in which the attendants discussed his intellectual battles and the future issues.
-  The cultural milieu celebrated the death silver jubilee of the writer Ihsan Abdul Quddus. The celebration, entitled "Freedom Lover", included hundreds of photos of the late writer and the movies which were taken from his literary works.
- The death golden Jubilee of the senior critic Mohamed Mandour was celebrated under the theme "Mandour between the literary and political thinking". During the celebration, his history, life and contributions were reviewed.
- On the occasion of his centennial, a celebration for the radio drama pioneer and writer Youssef Ezz el-Deen was held. The celebration, entitled "Youssef Ezz el-Deen as a pioneer", highlighted his rank and contributions in radio drama and writing; especially in the fields of novel, short story, drama, poetry, children literature and intellectual articles.
- The Wednesday Poetic Salon revived the death anniversary of the senior critic Abul-Qadir Al-Qot as one of the most prominent critics who contributed to the renewal movement of the contemporary literature in general, and poetry in particular.
- On the occasion of the 9th death anniversary of Naguib Mahfouz, a cultural-artistic celebration was held under the title of "An Evening in the Love of the Professor". The celebration included cultural lectures, a book fair of his writings and a photo gallery for his personal pictures and the photos of the movie posters taken from his writings.

- In 2015, Dar Al-Ifta issued more than 60.000 fatwa covered all the Muslim's different aspects of life.
-Throughout the year, Dar Al-Ifta sent several convoys of religious advisory opinions (fatwa) to Austria, Holland, France, Italy, Belgium, Singapore, Kazakhstan, Portugal, Spain, Pakistan, West African countries, the USA, Djibouti, Morocco, Lebanon, the UAE, Greece and other countries. These convoys aimed at holding forums and lectures in the major universities in the world on the moderate Islam.
- The annual report of Dar Al-Ifta mentioned that Dar Al-Ifta has been adopted as a reference to the religious advisory opinions (fatwa) in the European parliament concerning fatwa and its related issues.
- On November 15, 2015, the secretary general of the houses and bodies of Ifta around the world was established with its headquarters in Cairo, and its implementing regulations have been adopted. The Grand Mufti was unanimously elected as its chairman in the presence of 30 Mufis from all over the world.
- Dar Al-Ifta released a number of publications which enriched the Islamic library and contributed to establishing a moderate and contemporary fatwa discourse.
- Dar Al-Ifta issued an electronic magazine in the English language to correct the extremist ideology adopted by the terrorist groups. Meanwhile, the Fatwa Monitoring Observatory at Dar Al-Ifta issued its first book among a series of publications to stand up to the Takfiri and the extremist groups.
- Dar Al-Ifta issued an encyclopedia that includes about 1000 fatwas and was translated into English, French and German. The fatwas answer all the questions raised by the Western Muslims.
- In December 2015, Dar Al-Ifta launched the Islamophobia Observatory to monitor and deal with the Islamophobia phenomenon.
- The Mufti wrote 63 articles which were published in a number of the international newspapers, such as The Washington Post, The Independent, Le Monde, The Times, The Newsweek, Los Angeles Times, The Wall Street Journal and Le Figaro. These articles aimed at correcting the distorted image of Islam.
- During 2015, Dar Al-Ifta signed 17 protocols of cooperation inside and abroad to spread the right religious awareness. It also cooperated with the Foreign Ministry to issue a religious fortnightly in English to be sent to the Egyptian embassies and consulates abroad.
- Dar Al-Ifta exerted great efforts in communicating via Twitter and Youtube websites; as it provided them with a number of visual and audio materials to clarify the right Islam.
- Dar Al-Ifta launched a number of world campaigns in the internet in multi languages to clarify the civilized image of Islam.
- In May 2015, Dar Al-Ifta participated in the public diplomacy delegation which visited Germany before the visit of President Abdel Fattah Al-Sisi to Berlin. The delegation aimed at putting forth the real developments in Egypt.