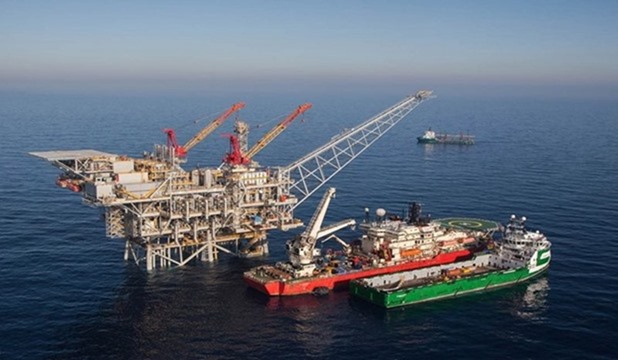 Egypt has turned into a regional energy center in the region by attracting the raw gas discovered in Cyprus, Israel, Lebanon and other countries in the region and treating it in its facilities before re-exporting or exploiting it in the Egyptian industries. This would greatly benefit the Egyptian national economy through collecting fees for the use of government facilities such as gas pipelines or through importing it and adding value to it by using gas in petrochemical industries, which in return will be added-value, instead of solely using it as a fuel, which brings the lowest revenue.

There are basic conditions that must be met in any country seeking to become a regional energy center. The first is to be a gas-producing country in large quantities, which is applicable now to Egypt, the second one is to transport, circulate and distribute gas – which is provided by the recent gas agreement. It should also have gas and liquefaction stations. Most countries in the region do not have gas liquefaction stations, while Egypt has two gas stations in Idco and Damietta.

At the end of September 2018, Egypt has stopped importing liquefied gas from abroad. Egypt's daily production of natural gas reached 6.6 billion cubic feet per day in September 2018, compared to 6 billion cubic feet per day in July. Egyptian production has been growing steadily since Zohr Gas field began operating in December 2017. Egypt has achieved self-sufficiency of natural gas while working to become a center for energy trading in the region through the liquefaction of gas and re-export after several large discoveries.

US Bloomberg website said Cyprus is nearing an agreement to sell natural gas to Egypt, marking the second potential supply deal in as many days with the North African country trying to position itself as a regional energy hub after the startup of the giant offshore Zohr field.

Egypt signed on September 19, 2018 an agreement with Cyprus to connect Aphrodite gas field to its liquefaction plants for re-exportation.

The agreement is considered a general framework to establish a direct sea gas line between both countries.
Both countries were planning to link Aphrodite field with Egypt's liquefaction plants in Idku and Damietta after President Abdel Fatah al Sisi visited Cyprus, and discussed the construction of a pipeline to deliver gas to Egypt from Cyprus’s Aphrodite field in November.

The Egyptian-Cypriot agreement is not only for the implementation of a sea pipeline, but will also contribute positively to the supply of gas to the European Union.

In April, Egypt signed a Memorandum of Understanding for a strategic cooperation in Energy with the European Union, stipulating to update the energy sector cooperation between both sides and implementing a clean energy transition.

The agreement is one of the main axes to support the economic relationships between both countries and an important step to maximize the benefits of Cypriot gas discoveries.

The Egyptian role is important in the future of gas in the Middle East region with its strategic location, strong infrastructure and mega gas discoveries.

Egypt is moving towards self-sufficiency in gas and becoming the Middle East’s energy hub, with expectations to stop importing liquefied gas in 2018, after the production of its giant gas field, Zohr, began in December 2017.

Egypt, Greece, and Cyprus agreed in October 2018 to establish an East Mediterranean Gas Forum. The forum — which will be headquartered in Cairo — will include among its members all countries that produce and import EastMed gas and transit countries.

The energy ministers of Cyprus, Greece, Israel, Italy, Jordan and Palestine met in Cairo on January 14-15, 2019 to discuss the establishment of the East Mediterranean Gas Forum (EMGF) at the invitation of Egyptian Petroleum Minister Tariq al-Mulla.

The ministers announced that they intend to establish an East Mediterranean Gas Forum (EMGF) to be an international organization that respects the rights of members regarding their natural resources in accordance with the principles of international law and supports their efforts to benefit from their oil reserves and infrastructure in order to secure their energy needs for the well-being of their peoples, according to a statement by the Egyptian Petroleum Ministry.

According to the statement, the Eastern Mediterranean Gas Forum will be based in Cairo, Egypt. It added that any of the eastern Mediterranean countries producing or consuming gas and transit countries can join the forum later if they agree to the conditions agreed on between the founding countries.

The ministers agreed that the main objectives of the Eastern Mediterranean Gas Forum will include, among other objectives, the following:

(A) To establish a regional gas market that serves the interests of the members by ensuring supply and demand, optimizing resource development, rationalizing the cost of infrastructure, offering competitive prices and improving trade relations.

(B) To ensure the supply and demand for members while optimizing resource development, ensuring the efficient use of existing and new infrastructure with competitive pricing and improved trade relations.

(D) To deepen awareness of the interdependence and benefits that can be gained from cooperation and dialogue among members, in accordance with the principles of international law.

(F) Assisting consuming countries in securing their needs and encouraging their cooperation with the transit countries to develop gas policies in the region, thus enabling the establishment of a sustainable partnership between the actors at all stages of the gas industry.

(G) Ensuring sustainability and environmental considerations when it comes to gas discoveries, production, transportation and infrastructure construction, as well as improving the integration of gas and other energy sources, particularly renewable energy and electricity networks.

Feasibility of importing gas from Israel

On February 19, 2018, the Israeli Delek Drilling company announced the signing of a 10-year contract worth $ 15 billion with the Egyptian Dolphinus holding company to export natural gas to Egypt. This deal has been concluded despite the announcement of the Egyptian Ministry of Petroleum that by the end of 2018, Egypt will have realized natural gas self-sufficiency and even a surplus in 2019.

Although this deal belongs sheerly to the private sector, it will benefit the company on the commercial level in accordance with the rules governing the Gas import in terms of the Regulations of the Gas Market and its executive schedule. Also, the Egyptian government will indirectly enjoy economic revenues. The main reasons behind this deal can be summarized as follows:

1. Re-operation of the suspended Egyptian gas liquefaction units due to insufficient Egyptian gas for exportation. Egypt has two gas liquefaction plants. The first is the Edco plant owned by the Egyptian company for liquefied natural gas, with two liquefaction units. The other one is in Damietta, affiliated to an Italian-Spanish company with only one unit. The function of these units is to convert natural gas from the gaseous state to the liquid state, so that it can be loaded on ships and exported rather than pumped into the pipes. The units have stopped working lately because of the deficient local gas production and Egypt became a mere gas importer in order to bridge the gap between production and consumption. Despite the latest discoveries, on top of which is Zohr Field, the local production is insufficient to re-operate these units.

2. In accordance with the market mechanisms, Egypt has become a regional center for gas industry and export to the world for having facilities and expandable infrastructure in the form of pipelines and gas liquefaction units rather than any other Eastern Mediterranean countries, thus gaining more weight in the natural gas industry. Egypt’s distinguished geographical location and the latest discoveries, render Egypt a pivotal country able to link the Greek Cypriot gas with the liquefaction stations to export it to Europe until the gas pipeline between Egypt, Cyprus and Greece is finished to link it with Europe. Until this pipeline is launched, Egypt is the only center for discharging the East Mediterranean gas to Europe and the world via the Egyptian liquefaction stations.

3. The cheap price of the Israeli gas compared to liquefied gas additionally insures meeting the Egyptian need of natural gas, even through private companies, which reduces the burden shouldered by the government to supply gas to the industrial sector, enables it to provide power plants with energy and helps fulfill all needs of energy and gas for the State underway national projects, which increase the growth rates aspired by the government.

4. The Egyptian government gains indirect revenues when the private companies purchase gas, whether Israeli or otherwise, through collecting fees in return of using the national network of gases and incomes of using Egyptian liquefaction stations.

5. Settlement of international arbitration cases against Egypt as a result of halting gas export to Israel in 2012.