Egypt’s vision towards the Syrian crisis 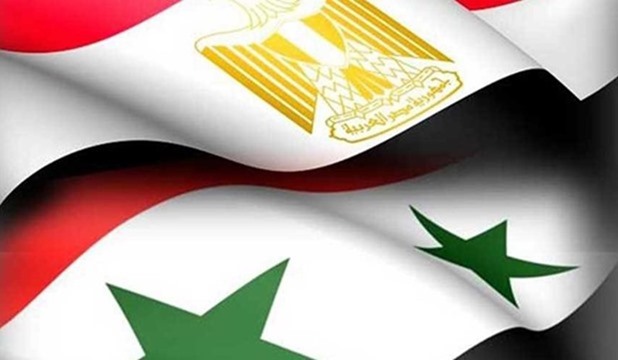 • Preserving the Syrian state and its territorial integrity;

• Rejecting any regional or international interference in the Syrian affairs;

Egyptian efforts in reconciliation among the Syrian factions

Egypt plays an active role in the process of "regional settlements" in Syria as a step that can be built on in the comprehensive settlement for reaching a political solution. Several Egyptian-sponsored reconciliation agreements were signed as follows:

• July 2017: Cairo succeeded in mediating and signing a truce agreement in the Eastern Ghouta, the most prominent opposition stronghold near the capital Damascus, in coordination with the Russian Defense Ministry. The agreement included stopping all types of combat operations by the Syrian army and the opposition forces.

• August 2017: A truce was signed in the northern Homs countryside to halt any hostilities and form safe corridors to provide humanitarian assistance and aid by the international agencies.

• September 2017: Cairo hosted several Syrian opposition conferences, and held a series of consultative meetings for a number of political forces and tribes residing in the eastern regions of Syria including: Al-Jazeera (Al-Hasakah) in the north-east, Deir Azzour Governorate and Al-Raqqa in the east.

• October 2017: Ceasefire agreement in al-Qadam neighborhood of southern Damascus was reached, as its residents were under threat of forced displacement.

• During 2017: Egypt succeeded in sponsoring a ceasefire agreement between the regime and the moderate opposition in three areas, some of the eastern neighborhoods of Ghouta, the northern Homs and south of the capital Damascus.

• July 2018: By the end of the month, reconciliation agreements were signed in the Syrian coastal areas between a number of moderate opposition factions and the regime, with Russian guarantee and the mediation of President of Syria's Tomorrow MovementAhmad Jarba.

• August 2018: Reconciliation agreements were signed in the north and east regions.

- Egypt’s continuous efforts on the Syrian cause led to a ceasefire agreement between the regime and opposition factions in the Syrian coast under Egyptian sponsorship. The agreement stipulates participating in efforts to fight terrorism and joining efforts of combating terrorism in Syria and establishing peace-keeping forces in the region, besides the return of refugees and the displaced to their homes and the release of detainees. The agreement stipulates.

- Regional settlements are complementary to the agreements of regions of reducing the escalation and tension sponsored by Russia in Syria, noting that the Syrian reconciliation, whether by the Syrian regimeor sponsored by Egypt, does not offer a final solution to the crisis, which still faces multiple regional and international complex, but contribute to the creation of partial solutions by encircling the crisis with a degree of internal compromises.