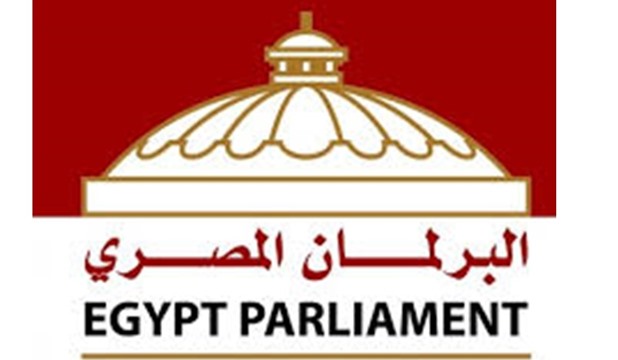 At the end of the 18th Century, Egypt witnessed important political and social developments both at the ideological and practical levels.

In 1795, less than six years after the French Revolution, Egypt witnessed the first socio-political great battle for democracy. In this battle the stands of the national forces and of people’s leaderships were decisively declared.

Their call was for justice, equality and freedom.

Within the framework of rising resistance against the Ottomans and Mameluks, Egypt was on the verge of a great national revolution which led the "Ulama" or Scholars of religion and popular leaderships to wrestle out an act from the country’s ruler. A "Magnacarta-"like document, it was the nucleus for the first modern constitution of the country.

The act served to indicate rulers’ compliance with people’s demands concerning taxes, representation and so on. When Napoleon Bonaparte’s expedition arrived to Egypt, Napoleon held negotiations with El-Azhar scholars and community leaders, which resulted in forming an integrated structure for the country in the modern style.

The nucleus of the Egyptian Parliament is the "General Cabinet" established by Bonaparte on December 4, 1798, for the purpose of consultation over the administrative, financial and problems.

This General Cabinet in its first constituent form consisted of 180 members representing all districts and different social classes; scholars, tradesmen and civilians.

This parliament held its first session on October 6, 1798. In the first confrontation between parliament and the leaders of the French expedition on taxes, Bonaparte suspended the newly-established institution, thus flaring up the first Cairo Revolution on October 21, 1798, whose primary demand was to reestablish parliament.

In May 1805, Egypt saw the outbreak of a revolution, the first such in modern times; a revolution in which people from all walks of life participated. The leaders of this revolution named Mohammad Ali Pasha as "Wali" ruler of Egypt - "in the Name of the People", notwithstanding the opinion or position of the Ottoman Sultan. Mohammad Ali pledged his allegiance as ruler to the "people" who "became the source of authority".

Once the sole ruler of Egypt, Mohammad Ali initiated a complete administrative revolution to establish modern institutions of government, including the formation of a representative parliament in 1824, namely the "High Council".

The success of the High Council led to the establishment of another council in 1829 -the Consultative Council, including government officials, scholars, and leading personalities with Ibrahim Pasha (son of Mohammad Ali) at the head.

The Council consulted on a number of issues such as education, administration and public works.

In 1837, Mohammad Ali abolished the Council and replaced it with two others: the "Private Council" for the enactment of laws, and the "Public Council" for studying matters referred by the government. The government had seven main cabinets.

The year 1866 witnessed the crucial step of developing parliamentary life in Egypt by establishing the "Advisory Council of Representatives"; this council is regarded the first parliament with real responsibilities and not just a consultative council.

The Advisory Council of Representatives included 75 members elected by the dignitaries of Cairo, Alexandria and Damietta, and by district chiefs in other provinces; the President of the Council was appointed by a direct decree of the Khedive.

As time passed, the competence of the Council gradually expanded aided by the spread of enlightened ideas supporting public demand for a parliament with a wide scope of competences.

In 1878, this demand was reflected in the establishment of the first Council of Ministers. In June 1879, a new statute of the Council of Representatives came into effect which increased the number of representatives to 120 for Egypt and the Sudan. Most prominently, however, it granted the Council a much wider scope of authority in financial matters.

Khedive Tawfiq, appointed on June 26, 1879, however, rejected the statute and ordered the Council dissolved. Nonetheless the Council remained in session until July 1879.

On September 9, 1881, the Orabi Revolution broke out, which demanded among other things the reestablishment of parliament.

"The Egyptian Council of Representatives" was opened on December 26, 1881 to which cabinets were held accountable for their actions.

The Advisory Council of Laws

In 1883 two councils: the "Advisory Council of Laws" and the "General Assembly" were formed.

In July 1913, the two councils were abolished and the Legislative Assembly was formed instead. The Assembly continued to hold sessions until June 17, 1914 when World War I broke out and martial laws were declared. In December 1914, Egypt became a British protectorate; and in 1915, the Assembly was indefinitely adjourned.

With the end of World War I, the 1919 Revolution broke out demanding freedom and independence for Egypt, and calling for a free democratic and parliamentary life.

In February 28, 1922 Egypt was acknowledged as an independent sovereign State, with the British protectorate having ended. A new Constitution was promulgated in April 1923, based on the segregation of and cooperation between the authorities.

Political life in the period from 1923-1952 fluctuated between democracy and non-democracy with occupation authorities and the Palace intervening to make matters worse.In 1935 a new Constitution was promulgated in 1935.

Most prominent among the principles of the July 23, 1952 Revolution was the principle of "establishing a democratic life". The previous Constitution was abolished, Republic declared and the parties dissolved. In 1956 a new Constitution was promulgated; providing for the formation of the National Assembly on July 22, 1957.

On September 11, 1971 Egypt’s Permanent Constitution was promulgated supporting a democratic parliamentary system, encouraging sovereignty of law, asserting the independence of the judiciary and urging pluralism. The "People’s Assembly" has become the Legislative Authority, entrusted with endorsing state general policies, economic and social development plans and the budget. It also monitors the Executive.

In 1979, the first legislative elections were held in Egypt within the framework of a multi-party system, in which many political parties participated.

In 1980, the Shura (Consultative) Council was established to widen the circle of political and democratic participation.