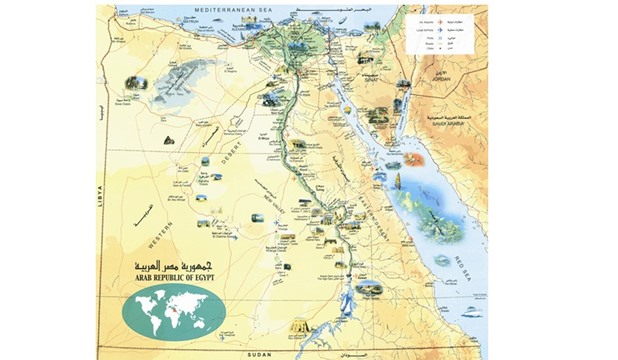 1. The Nile Valley and Delta 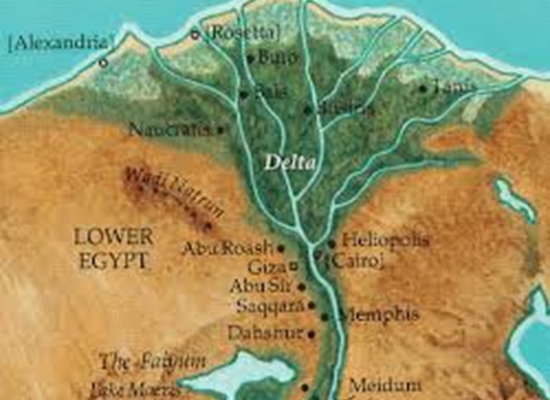 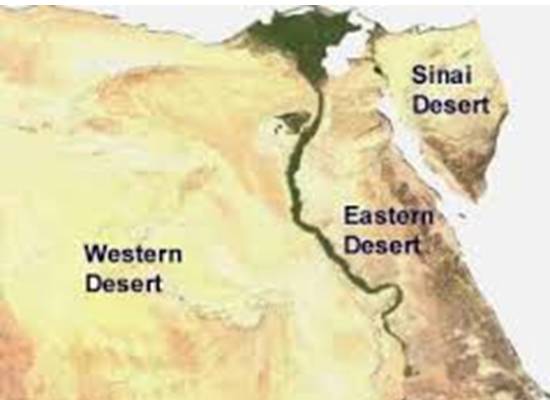 It extends from the Nile Valley in the East to the Libyan borders in the west, and from the Mediterranean in the north to Egypt’s Southern borders. It is divided into:

• The Northern section includes the coastal plane, the northern plateau and the Great Depression, Natroun Valley and Baharia Oasis

• The Southern section includes Farafra, Kharga, Dakhla, and el-Owainat in the extreme south.
3- The Eastern Desert 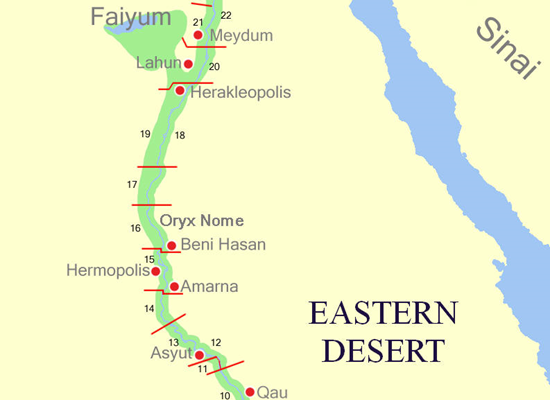 Extends from the Nile Valley in the West to the Red Sea, Suez Gulf, and Suez Canal in the East, and from Lake Manzala on the Mediterranean in the North to Egypt’s southern borders with Sudan in the south. The Eastern Desert is marked with the Eastern Mountains that extend along the Red Sea with peaks that rise to about 3000 feet above sea level. This desert is rich with natural resources including various ores such as gold, coal, and oil.
4- The Sinai Peninsula


Sinai is shaped like a triangle with its base at the Mediterranean in the North and its tip in the South at Ras Mohammed, the Gulf of Aqaba to the East and the Gulf of Suez and Suez Canal to the West. It is topographically divided into three main sections:
• The Southern section is an extremely tough terrain. It is composed of high rise Granite Mountains. Mount Catherine rises about 2640 meters above sea level, a matter that makes it the highest mountain top in Egypt .
• The Central Section is bounded by the Mediterranean to the North and the At-Teeh plateau to the south. It is a plain area with abundant water resources derived from rain water that flows from southern heights to the central plateau.
Both the Nile Valley and the Delta occupy about 33,000 km2, accounting to less than 4% of the total area of the country.
The Western Desert occupies an area of about 671,000 km2.
The Eastern Desert occupies about a quarter of the total area of Egypt, (some 225,000 km2).
The Sinai Peninsula occupies about 61,000 km2.