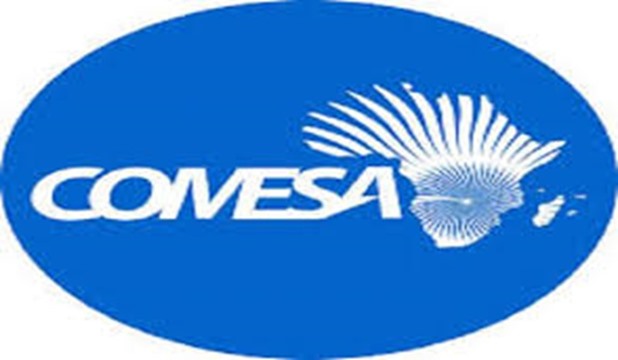 Overview
Egypt is set to take part in the 17th Summit of the Common Market of Eastern and Southern Africa which will be held in DR Congo on February 26 & 27, 2014 under the theme: “Consolidating Intra-COMESA Trade through Micro, Small and Medium Enterprise Development”.


Egypt will also chair the COMESA Business Forum, under newly elected Dr. Amani Asfour, President of the Egyptian Business Women Association. The forum will also be attended by top Egyptian officials, who seek to tap the wide and promising market made available by the 20 COMESA African countries.


Egypt and COMESA
Since Egypt joined the COMESA in 1998, it has been its belief that through the COMESA, Africans can effectively contribute to the development and the prosperity of the people of the region and the continent in general.


Believing in the common future of the African peoples and nations, and in the importance of regional integration as a leaping board towards African unity, Egypt has always been keen on utilizing its vast potentials and expertise in the service of our common cause, confident of Africa's capability of addressing African problems. In fact, instability continues to threaten realizing the dreams of constructing a coherent and robust framework for development.


Egypt believes that peace and stability are the main pillars for development. Economic gains will go astray if Africans fail to ensure stability in the region. The turmoil that has been prevalent in different parts of the continent in the past decades has been posing major constraints to the ability to focus on human development. Africans have to face the fact that the vast majority of the developing countries are African, and that malnutrition, endemic and infectious diseases as well as natural disasters continue to jeopardize the efforts to break the cycle of poverty.


The aims and objectives of COMESA have been designed so as to remove the structural and institutional weaknesses in the member States by pooling resources in order to sustain development efforts either individually or collectively. These are as follows:
• To attain sustainable growth and development of the member States by promoting a more balanced and harmonious development of its production and marketing structures
• To promote joint development in all fields of economic activity and the joint adoption of macro-economic policies and programs; to raise the standard of living of its peoples, and to foster closer relations among its member States. • To cooperate in the creation of an enabling environment for foreign, cross-border and domestic investment, including the joint promotion of research and adaptation of science and technology for development.
• To cooperate in the promotion of peace, security and stability among the member States in order to enhance economic development in the region.
• To cooperate in strengthening the relations between the Common Market and the rest of the world and the adoption of common positions in international forums.
•  To contribute towards the establishment, progress and the realization of the objectives of the African Economic Community.

Since it joined COMESA on June 29, 1998, Egypt has been an active player at the organization's meetings, whether held at HQ in Lusaka or hosted by member states. Egypt has also been especially dynamic in the areas of economic, trade, investment and tariff cooperation.


Egypt has offered several scholarships to trainees from COMESA countries in the fields of road construction; communications and transport; infrastructure; and government procurements.


Egypt has also hosted numerous seminars where officials, entrepreneurs, bankers and diplomats brainstormed to invigorate COMESA and promote cooperation among its member states.

By joining COMESA, Egypt has availed itself of enormous economic opportunities. Africa is a huge market where Egyptian products could be promoted. It also has a great potential for agricultural expansion.


Industry: COMESA membership provides Egyptian products with the opportunity of accessing African markets tariff-free. Under the COMESA charter, an Egyptian could establish a business either individually or jointly with a counterpart from other member states; the business would benefit from all exemptions offered therein.


A number of Egyptian companies have already set shop in several COMESA countries. This gives Egyptian products a competitive edge in African markets.


Agriculture: A number of COMESA members have solicited Egypt's assistance to set up model farms, with areas ranging from 2000 feddans (2076 ha) to 20,000 feddans (20,760 ha), fully provided with the infrastructure and the water sources required. These farms would absorb great numbers of Egyptian labour and could well be a cheap source of food imports.


Contracting: Egyptian contracting companies have a vast experience in regard to African markets. They have helped develop the infrastructure of most COMESA member states. In addition, Egypt is also involved in power-grid projects throughout the continent.


Technical support: The Egyptian Fund for Technical Cooperation with Africa plays an important role, providing Egypt's expertise in development projects and training Africans to man them. Regional Investment Agency (RIA) On April 4, 2009, the People's Assembly ratified an agreement between Egypt and COMESA whereby the Regional Investment Agency (RIA) was established.


The RIA charter was approved at the 10th COMESA Summit (2005) and the headquarters were opened in June 2006.


The RIA provides a window for Egypt to attract foreign investments and makes it a business centre to benefit Eastern and Southern Africa.


Under Egyptian law, the RIA is a body corporate, contract- and litigation-eligible, with the capability of possessing and dealing with assets both fixed and moveable. The sanctity of the headquarters is guaranteed, and the place is under COMESA Secretary-General's control. The headquarters should not be used in acts that would jeopardize the host-country's security and stability. The RIA shall be exempted from all taxes and tariffs including sales and import taxes.