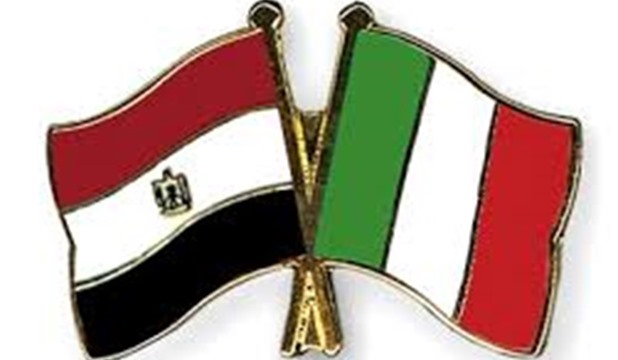 The relations between the two countries extend their ancestry to the periods that have been historically known by sea peoples that is to say the peoples in which the sea plays an essential role in all their life. The relations between the two countries developed with the inclusion of Egypt into the region of the Roman State., and as Durant, the famous writer, denoted in his famous book " “The Story of Civilization”, Rome considers Egypt as a property of the Roman empire itself.

Egypt was kept as a part of the Roman Empire until the Islamic conquest in 20 AH. Despite the continuous war between the two countries, the commercial activities continued. The Roman Dinar remained in force till the Muslims began to create their own currency under the reign of Caliph Abdul Malik bin Marwan, who ordered to deal with the gold one in 74 AH.

The cultural interaction continued between the two countries especially after the Islamic conquests .In the Renaissance era the Italians cities were the only strait that helped the transfer of the Arab sciences to Europe. This cropped up by two ways: the discovery of the blood circulatory system that went through Padua, the Italian city to Europe, and through the translation of Ibn Naïf's book "Law in Medicine”.

The deep ties between Italy and Egypt have been well seen in several areas.

- The 19th C and the first half of the 20th C witnessed the distinguished and intensive presence of the Italian community in Alexandria and Cairo and the long active Italian Orientalism movement, that still exists.

On the second half of the twentieth century, relations became severely strained.

However, relations were re-established and the two countries now have a cordial relationship reflected after the Global Project for the revival of the Bibliotheca Alexandrina, which received great Italian support, not only at the governmental level but also from the Italian institutions and the individuals.

In conclusion, both Egypt-Italy have convergence in issues related to security of the Mediterranean Sea, combating terrorism and extremism. They both, specially after June 30 revolution, stressed the importance of enhancing political security consultations on the overall status in the Arab region, especially in Syria and Libya. They also both agreed to identify the policies that could be taken to encounter the escalation of extremist fundamentalist movements, both in the Horn of Africa and North Africa, and their implications for the security of the Mediterranean.