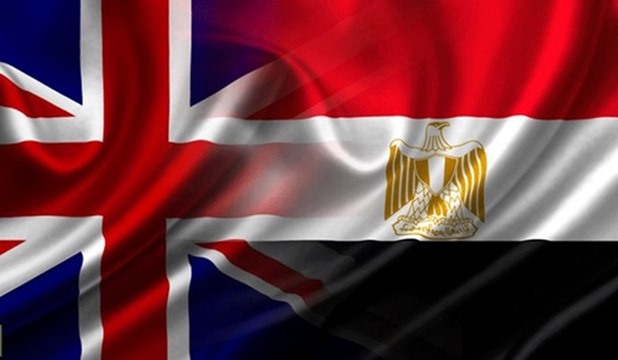 Bilateral Egyptian-British relations are intensively active on the, political, economic, cultural and religious levels, which is reflected in the numerous mutual visits and the permanent contacts between the Foreign Minister and his British counterpart during which issues of mutual interest are addressed.

At present, Egypt and Britain have  convergent  views on several regional and international issues of common concern. The two countries are strengthening the mechanisms of consultation and coordination in tackling  many of the region crises, on top of which are the occupied Palestinian lands, the future of the peace process, the Libyan and Syrian crises ,  the situation in both Yemen and Iraq  and  efforts to combat terrorism and counter extremist ideology.

When the revolution of the 25 January 2011 broke out,  Britain was one of the first countries to declare its support for the Egyptians  strive and demands  for  change.

With the advent of the June 30 Revolution and  despite the British misunderstanding of the details of the events in Egypt and its reservation on the political changes that took place in Egypt after June 30 and July 3, the Egyptian-British relations were not  affected.

All British officials stressed the importance of maintaining  relations between the two countries as  facts got clearer gradually, especially after the war against terrorism in the Middle East has been clarified.

Both countries believe that dialogue should survive in order to eliminate any kind of misunderstanding. What affected the British attitude  towards the  events that took place in Egypt was the extremism stirred in Britain   especially after  the emergence of British people  who were recruited as Daesh members, and outcomes reached by  the British investigation committee  concerning  the activities of the Muslim Brotherhood (MB)in Britain.

These events rendered Britain more  aware of the truth and validity  of the Egyptian stance, especially after President al-Sisi voiced out  the call to renew the religious preaching, which was followed by serious British efforts and legislation to combat extremism in Britain.

Therefore, the British government issued statements saying that after President Abdel Fattah al-Sisi has become an important partner in the fight against terrorism, there is but one main objective to work on and that is to  deepen  relations and cooperation between the two countries .

Britain's history witnessed a long series of common interests, and Britain stressed that it will always back Egypt  all along its  endeavours  to revive   her prestige as  a pioneering country in the region.

British officials said  that British Prime Minister David Cameron's invitation to President al-Sisi to visit Britain unequivocally affirms that the world has  gone  so far beyond the Brotherhood's rule and its repercussions and is dealing with Egypt now as an important and effective partner.