On 9/9/2015, The Egyptian Businessmen Association (EBA) held a meeting with a delegation of Polish Chamber of Commerce (PCC). The delegation that grouped representatives of 11 Polish companies discussed the investment opportunities in Egypt.

On 15/4/2015, Foreign Minister Sameh Shoukri heading for Poland's Capital Warsaw after his participation in the ministerial meeting of the European Union and Southern Mediterranean states on the European neighborhood policy.
Shoukri met with his counterpart to discuss fostering bilateral relations and issues with common concern.

On 5-8 June 2010, former Minister of Education Ahmed Zaki Badr and accompanying delegation comprised of high ranking officials, among them were the heads of the education committees in the upper and lower chambers in the Egyptian parliament, to partake in the Education Leaders Forum in Warsaw under the theme Engaging Student Creativity and Innovation: A Key to Global Success. They also participated in 2010 Imagine Cup worldwide held on the sidelines of the forum.

In February 2009, former Minister of Tourism Zoheir Garana accompanied with a delegation of tourism experts paid a visit to Poland, as he held meetings with major tour operators in Poland, and listened to their views regarding different means to attract and increment tourists from Poland to Egypt.

From 4 to 6 February 2009, former President Mubarak's visit was followed up by various high ranking official visits from the Egyptian government to explore different means to bolster relations between both countries. Mr. Rachid Mohamed Rachid, Minister of Trade and Industry paid an official visit to Poland, as he held talks with Mr. Waldemar Pawlak, Deputy Prime Minister and Minister of Economy.

On 2-7 June, 2008, Visit of a delegation of the Egyptian Supreme Commission for Elections to Poland, to have acquaintance with the experience of Poland in political transformation towards democracy and multiparty system.

In May 2005, former Speaker of the People's Assembly (Lower Chamber) Dr. Ahmed Fathi Sorour paid a visit to Poland, in the frame of enhancing parliamentary dialogue between both countries.

Former President Hosni Mubarak and an accompanying delegation comprised of ministers of Foreign Affairs, International Cooperation, Trade and Industry, paid a first presidential visit to Poland since the establishment of diplomatic relations between both countries in 1927. The visit was a milestone towards enhancing bilateral relations in different fields of cooperation (political- cultural-commercial – tourism), in addition to sharing views and stances pertaining to regional and international issues of common interests. It is worth mentioning that there were ongoing preparations for a scheduled visit for the late President Lech Kaczynski and his spouse to Egypt upon invitation form President Mubarak. The invitation is to be followed up after with new President Bronislaw Komorowski. 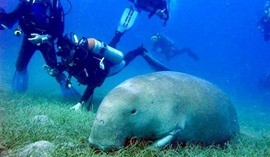 Dive Magazine: Egypt ranks No 2 as best world destination for diving in 2020 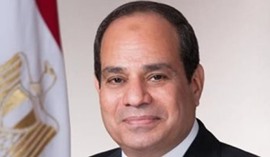