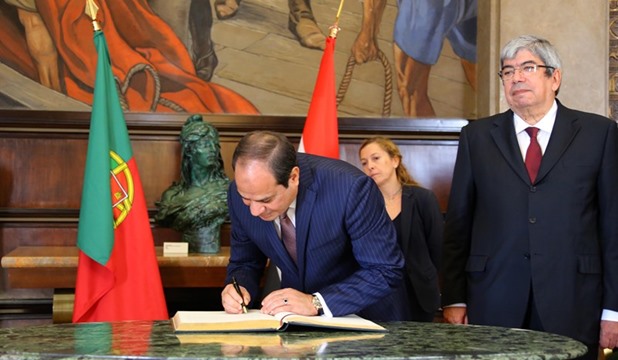 There are number of important economic issues under negotiation between the two countries including the establishment of a joint Egyptian-Portuguese business council. Egypt could export its products to Mercosur country through Portugal, which is the main trading partner to its member states, the minister said. Egypt could also be an export hub for Portugal.

Trade exchange between Egypt and Portugal rose by 16 per cent in 2015 to hit 194 million euros against 167 million euros in 2014, according to a report by the Egyptian Commercial Service Office.

Egyptian investments in Portugal are estimated at 40 million euros covering the fields of information technology and communications, renewable energy, ready-to-wear clothes and constructions.

The volume of Portugal's investments in Egypt, particularly in the fields of communications and IT technology and ready-to-wear clothing, is estimated at nearly 404 million euros.