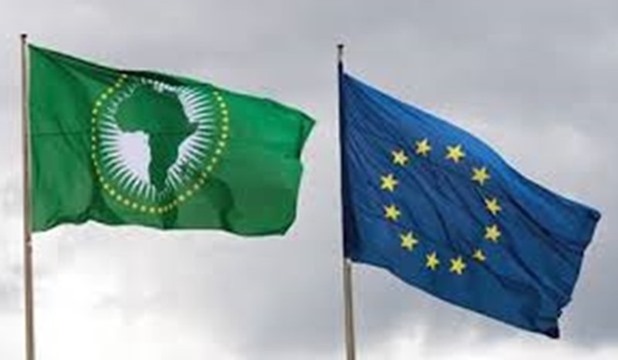 Holding under the theme "Investment in Youth for Accelerated Inclusive growth and sustainable development", the Fifth African Union - European Union (AU-EU) Summit scheduled for 29-30 November 2017 in Abidjan, Côte d'Ivoire, commenced with a pre-summit Senior Officials meeting attended by Ambassadors of the African Union Member States, high officials from the AU Commission and representatives from the European Union Member States.

Since the adoption of the joint Africa-EU Strategy in Lisbon ten years ago, the AU-EU Summit comes at an opportune moment to strengthen the political and economic ties between the two regions. The Summit will provide a platform for both parties to take stock of the achievements and challenges arising from the implementation of the priority areas stipulated in the Joint Strategic Partnership.

Talks are expected to include increasing economic opportunities for the youth, investing in sustainable African structural change as well as education and training meant to revolutionize skills to contribute in achieving growth rates to cope with the African Union's 2063 Development Agenda.

Issues included in the summit are also expected to take up the freedom of movement and youth migration in addition to the AU- EU cooperation in the fields of governance and youth.

As well, the summit is set to touch on the African- European cooperation in the fields of peace, security, challenges of combating terrorism and extremism and means to promote peaceful coexistence between the peoples of Africa and Europe.


The first edition of the Summit took place in Cairo in 2000. During this first continental meeting, European and African leaders committed to uniting and establishing a new dimension to their partnership. Considerable changes took place on both continents following this initiative.

The second AU–EU Summit adopted the “joint strategy” on December 9th in Lisbon, Portugal, 2007. With this, 27 European countries and 53 African countries ushered in a new era in the relationship with them now dealing as equals.

During the third summit in Libya, 2010, a more inclusive approach involving more than the organizing institutions was adopted. A series of side events made it possible to bring together representatives from civil society and youth groups, the private sector, trade unions, researchers and scientists from both continents.

The theme of the fourth edition of the African Union–European Union Summit in Brussels, 2014, was “Investing in People, for prosperity and peace”. The participants tackled key subjects such as peace, security, investments, and climate change and population diversity. In the final remarks, the “will to host regular political talks at the ministerial level, especially in conjunction with international events” was reaffirmed. A roadmap for the 2014-2017 periods was also ratified. This roadmap outlined strategic priorities and identified their means of implementation.