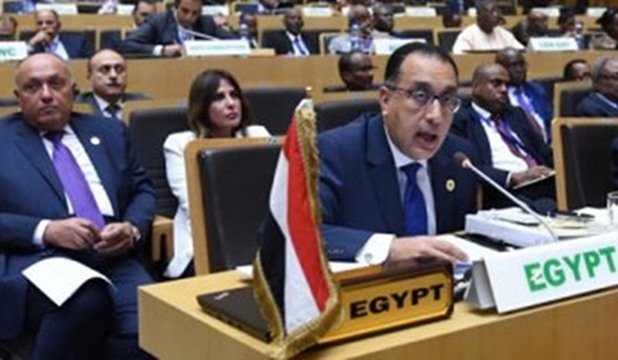 Prime Minister Moustafa Madbouli participates in the 11th Extraordinary Summit of the African Union on behalf of President Abdel Fattah El Sisi. The Summit is held in Addis Ababa.

Foreign Minister Sameh Shoukry asserted that Egypt has a vast expertise in the development efforts in Africa through the works of the Arab Contractors Company and others in the private sector, highlighting President Abdel Fattah El Sisi's directives in various occasions on the importance of building strong infrastructure in the continent with the aim of enhancing internal trade and luring more investments.

The Egyptian policy towards the South African states and trade and cooperation among them could benefit all parties involved despite the differences in their growth rates.

The reform program of the African Union is a very important topic in addition to enhancing the capabilities of the African Commission through reviewing its mechanisms and outlining a new framework for implementing its actions.

Concerning the issue of the African Free Trade Zone and choosing the venue of its premises, Foreign Minister Sameh Shoukry said Egypt will be among countries that will present its proposal to host the Free Zone mechanism, adding that the hosting country should have a powerful administrative body and the ability to lure in experts in this domain.

On the decision of establishing a permanent higher committee for human rights, Shoukry said the committee will address the latest developments in the human rights field as well as mechanisms devised in dealing with them locally and internationally.

He added that the concerned committee will highlight the main progress achieved in Egypt on ground as well as efforts to empower women, youth and relevant political, economic and social rights.

The committee will be tasked with dealing with all objectivity with the human rights conditions in Egypt as well as societal development and upgrading of civil society organizations working in the field, he added.

PM’s speech in the extraordinary session of the Africa, the Caribbean and the Pacific (ACP) group